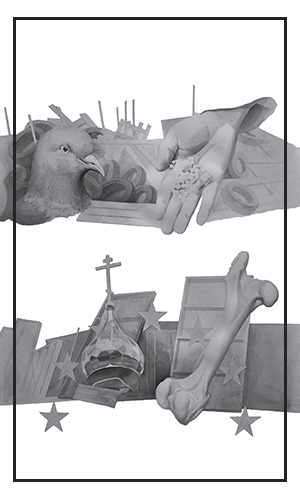 Thursday, June 26, 2014
7 – 9pm
Publication Release, Circling the Square: Maidan & Cultural Insurgency in Ukraine, Cicada Press.
Editors Anastasiya Osipova and Matthew Whitley will be joined by curator Olga Kopenkina, along with poet and translator Ian Dreiblatt in a reading as well as a conversation about the historical context of the presented materials, political positions of their left-leaning authors in a present crisis in Ukraine, and art during the revolution vs. artworld war profiteering.
Circling the Square documents the landscape of the recent uprising in Ukraine and the political climate that engendered it from many perspectives, ranging from an architectural analysis of Maidan, to documentation of an overtly criminal personal performance of solidarity in the Russian Federation, to an account of the occupation and attempted re-organization of the Ministry of Culture by a horizontal assembly of cultural workers. 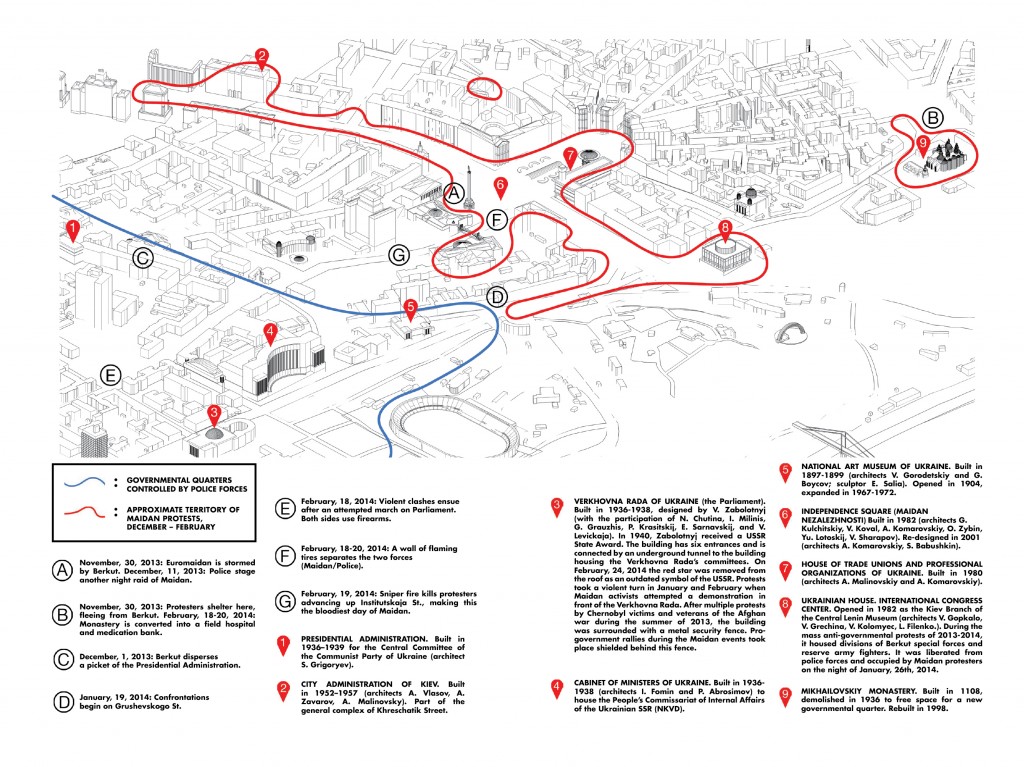 The publication features 18 contributors (Pavel Arsenev, Assembly for Culture in Ukraine, Larissa Babij, Oleksandr Burlaka, David Chichkan, Chto Delat?, Nikita Kadan, Volodymyr Kuznetsov, Mariana Matveichuk, Dimitry Mrachnik of the Autonomous Workers Union, Anastasiya Osipova, Petr Pavlensky, Marina Simakova, TanzLaboratorium Performance Group, Larisa Venediktova, Alexandr Wolodarskij, Serhiy Zhadan, and Anna Zvyagintseva), most appearing in original English translation from Russian and Ukrainian source material. Despite the confusion in much of the world media and international left, these artists, writers and organizations are decidedly radical, negotiating a strange but critical position that recognizes the rising tide of jingoism that accompanies the threat of invasion as well as the opportunities opened up by Yanukovich’s collapse. The result has a decided lyricism that extends beyond a dry headline or inky propaganda. 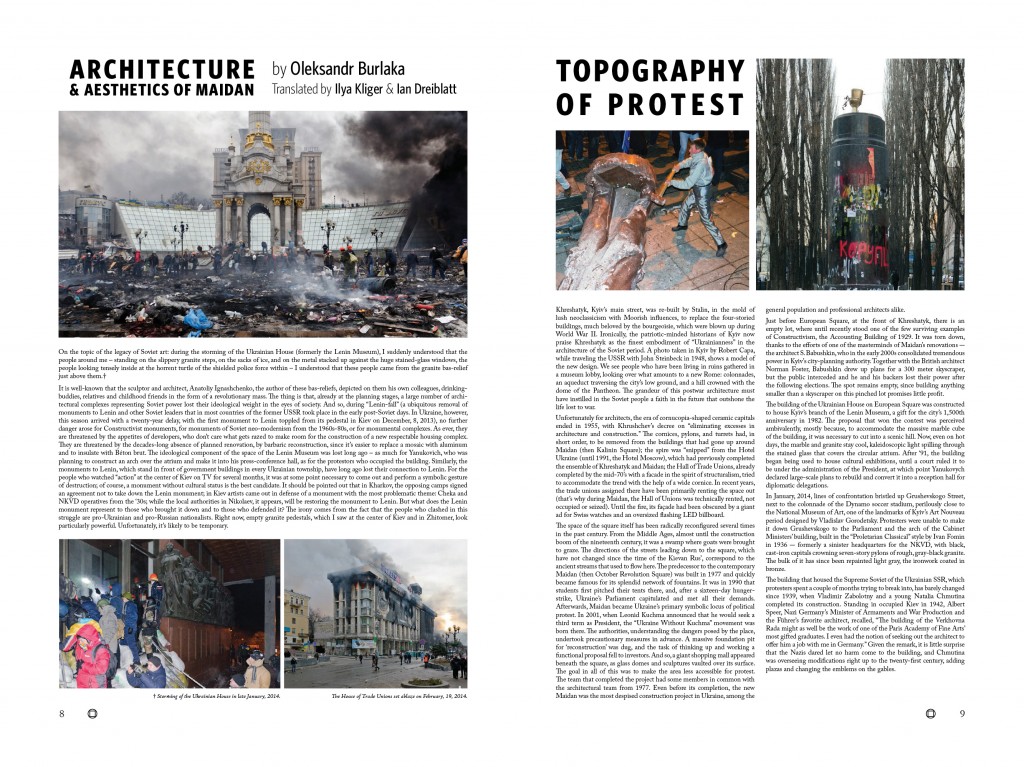 Cicada Press editors Anastasiya Osipova and Matthew Whitley will be joined by Olga Kopenkina, a NYC-based curator who traveled to Kiev in the immediate aftermath of the Maidan protests and co-organized the Imaginary Archive exhibition, which featured many of the contributors to Circling the Square. Poet and translator Ian Dreiblatt will also participate in reading and presenting materials from the newspaper.