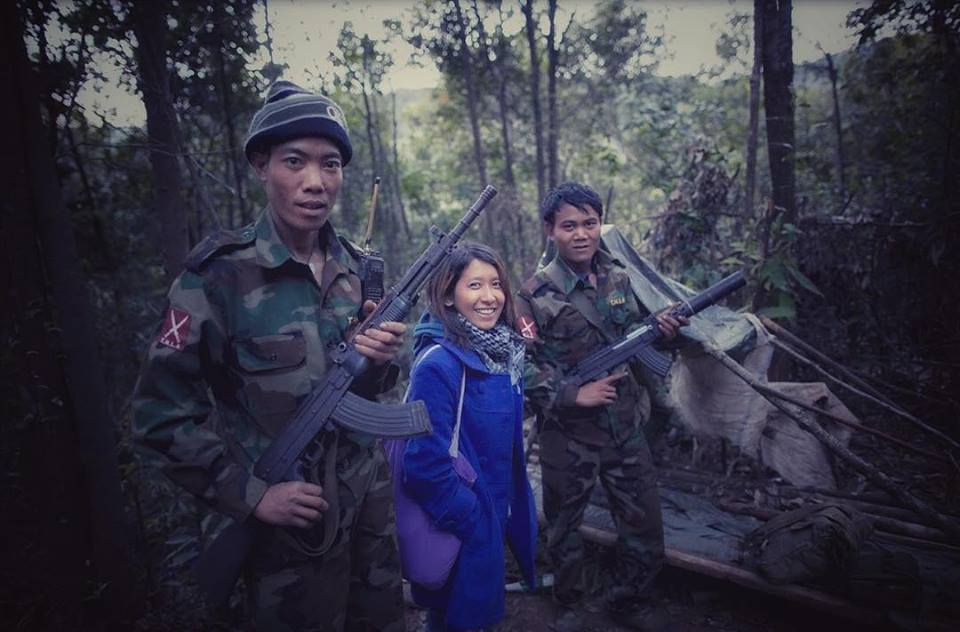 Saturday, February 9, 5-6:30pm
Join Interference Archive for a rare visit by someone deeply involved in the urgent struggle to for free speech and peaceful coexistence in South East Asia. Decades of Military domination are coming to an end but despite the Burmese government coming under partial civilian control under Aung San Suu Kyi, the space for civil society continues to shrink, along with its ability to manage ethnic & religious diversity. As is well-known, Burmese journalists are increasingly arrested on trumped up charges. The promise of democracy is fading & the international community appears either hapless or complicit in the persecution of Rohingya and other minorities, well known around the world, but largely denied in Myanmar (Burma) itself.
Esther Htusan is a Foreign Correspondent for the Associated Press in Myanmar. Since joining in 2013, Htusan has been relentlessly pursuing stories about human rights abuses in Myanmar following a half-century of dictatorship. She has reported on ethnic and religious conflicts in Myanmar and the plight of the Rohingyas, who are Muslims living in the Rakhine state in the country’s western shore but are denied Myanmar citizenship.
Htusan was a member of the Associated Press investigation team that looked into forced labor in Southeast Asia’s fishing industry. The team’s work had highlighted global supply chain linked to human rights situation of labors and migrant workers across the region in Southeast Asia. Her compassion and resourcefulness in reporting led to some of the most powerful images the world has seen about modern day slavery, including men in a cage on a remote Indonesian island. Htusan helped interviewed forced laborers who spoke of abuses at the hands of their captains and begged the journalists to tell their families back home that they were still alive. The work of Htusan and her three other colleagues won 2016 Pulitzer Prize in Public Service.
Htusan is a Nieman Fellow for Journalism at Harvard and currently studying Human Rights and International Law.
This is not only for Journalists and activists. This crisis may seem a long way from Brooklyn, but let that not be part of the disconnect. There are actions we can all take on so many levels. A short film will also be shown.
Co-sponsored by Burma Task Force