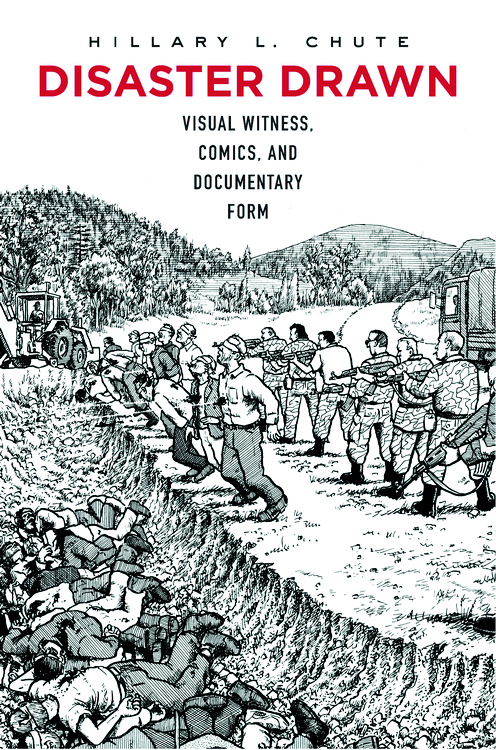 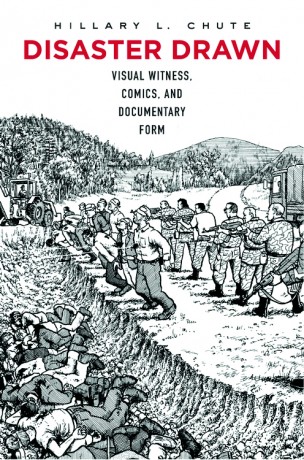 Hillary L. Chute traces how comics inherited graphic print traditions and innovations from the seventeenth century and later, pointing out that at every turn new forms of visual-verbal representation have arisen in response to the turmoil of war. Modern nonfiction comics emerged from the shattering experience of World War II, developing in the 1970s with Art Spiegelman’s first “Maus” story about his immigrant family’s survival of Nazi death camps and with Hiroshima survivor Keiji Nakazawa’s inaugural work of “atomic bomb manga,” the comic book Ore Wa Mita (“I Saw It”)—a title that alludes to Goya’s famous Disasters of War etchings.
Chute explains how the form of comics—its collection of frames—lends itself to historical narrative. By interlacing multiple temporalities over the space of the page or panel, comics can place pressure on conventional notions of causality. Aggregating and accumulating frames of information, comics calls attention to itself as evidence. Disaster Drawndemonstrates why, even in the era of photography and film, people understand hand-drawn images to be among the most powerful forms of historical witness.
Hillary’s presentation is part of the programming for Our Comics, Ourselves: Identity, Expression, and Representation in Comic Art which is on exhibit from January 21-April 17, 2016.