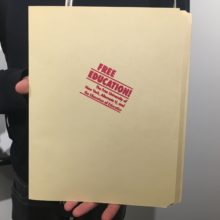 The Free University of New York (FUNY) was established as a rebellious alternative to the traditional university and college system. It opened its doors in 1965 in a loft near Union Square as a meeting place for students and teachers that wanted to create their own learning space. They built a free university, with no exams or degrees, where they could learn about social struggles and everyday life. They strived for a revolutionary experience in education.

In 1969, FUNY became Alternate U and the people who met there went on to be involved in a large number of activities and groups in New York, including The Rat newspaper, Newsreel Collective, Psychologists for a Democratic Society, National Committee to Combat Fascism, Burning City Women’s Theater, and many more.

This folder collects reproductions of documents produced by both FUNY and Alternate U, as well as portions of interviews held by Jakob Jakobsen in 2017-2018 with former participants of both educational projects. This collection of documents functions as the catalog for the exhibition Free Education! The Free University of New York, Alternate U, and Learning Liberation, held at Interference Archive from October 11, 2018 to January 27, 2019 and organized by Jakob Jakobsen and Interference Archive. 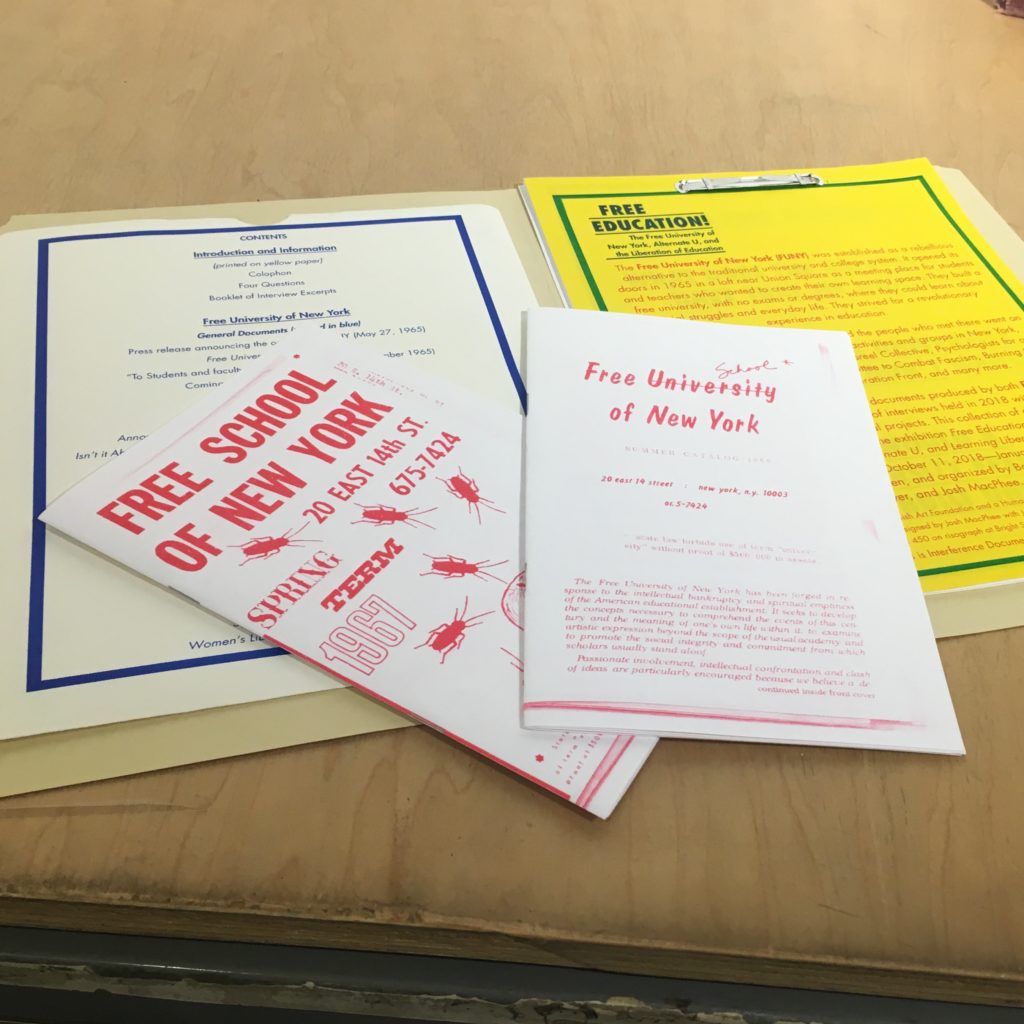