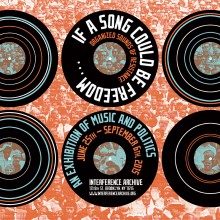 Music has been at the core of hundreds of political and social struggles across the globe. With if a song could be freedom . . . Organized Sounds of Resistance, Interference Archive examines the social context for landmark recordings, the relationship between music makers and on-the-ground organizing, and how visual aesthetics complement musical production and circulation.

if a song could be freedom . . . Organized Sounds of Resistance is organized by Chris Bravo, Kevin Caplicki, Josh MacPhee, Amy Roberts, Valerie Tevere, and Ryan Wong. It features the picture sleeves of over 200 political recordings, showing the broad intersection of music and politics. The gallery will also serve as a collective listening room, where visitors can select and play records from Interference Archive’s collection. The exhibition includes written contributions from activists and musicians, flyers, lyric sheets, buttons, publications, and other ephemera. A series of programs, to be announced on Interference Archive’s website, will offer the chance to collectively listen to and discuss how music has shaped the manners in which we understand ourselves in the past, present, and into the future.

With the advent of the vinyl record album in the early 20th century, people were able to record and distribute these songs, allowing them to transcend geography and rapidly influence musicians around the world. From anarchist folk songs to anthems of African liberation movements, Latin American ballads to the songs of the Civil Rights Movement here at home, the record album has played a key role in our understanding of how social movements communicate. More recent music subcultures such as punk and hip-hop are both political and politicizing in their own ways, and created worlds and communities which both moved with and beyond the music, becoming ends in and of themselves. In addition, pop music began taking on an active role in politics in the 1960s: songs such as “Free Nelson Mandela” by the Specials successfully galvanized the anti-apartheid movement, while more suspect attempts like “Do They Know It’s Christmas?” by Band Aid promoted charity not change. Either way, popular music articulated a complex vision of globalization long before it was a catch-word for the evolution of capitalism. 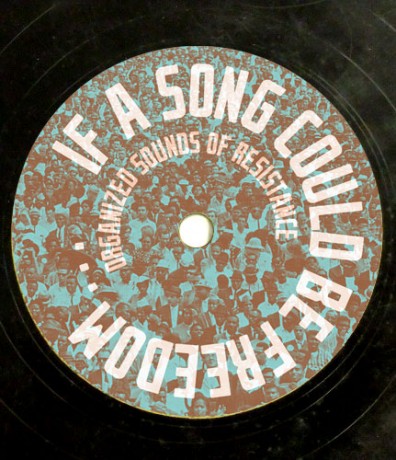 if a song could be freedom mixtapes

Events and programming related to if a song could be freedom…
(all at Interference Archive unless otherwise noted). This schedule is in formation, so please check back for more details:

Love Is Not Reserved—Music In Solidarity

A big part of learning how to be in Solidarity is unlearning what we have been taught about Love. We are taught that love is reserved for those who are like us, our blood families, “our people” and that love should be romantic or familial. We know that expanding who and how we love is essential to build the world we want to live in. Solidarity means learning how to love each other’s complexities, nuances and baggage, as people who have been oppressed and want liberation for all. That process is messy, and essential. It is not an easy love, it is an intentional decision to build movements with other people, despite the circumstances. You are in it knowing you might change, you are leaving your comfort, leaving what you may have because there is no other way to live unless we’re all there, unless there’s liberation for all.

For the Immigrant Beat Vol. 3 we invite you to think about songs in solidarity. Come listen to and share music, dance, hang out, hear powerful stories of reaching across borders and loving without reservations. Come to think about what it means to be in solidarity with the struggles for justice that people face in NYC, our home countries and beyond.

This event will also be the opening of The Window Project: Rest In Power. This will be the first of 9 window displays at IMI Corona that will launch a year-long project honoring the lives of Black and Brown victims of Police Brutality and working to build solidarity and challenge anti-black racism. The first window has been produced through a collaboration of: Viviana Peralta, Patricia María, Stephano Espinoza Galarza, and Marissa Campiz.

English – Spanish Interpretation will be available at this event
* * *

We will be screening Lavorare con lentezza (Working Slowly) [dir. Guido Chiesa, 2004], a film about Radio Alice, an Italian pirate radio station. Revisiting the Italy of the radical 1970s and its obsessions with class struggle, creative anarchy, and macrame ponchos, Radio Alice provides a fascinating glimpse of a time of protest. In a working-class district on the outskirts of Bologna, Sgualo and Pelo hang out at the local cafe, allergic to gainful employment. They don’t mind the occasional shady job for local hood Marangon, but they’re convinced there’s little future whichever way they turn.
* * *

Political Music Video Night
July 23rd, 7:30-9:30pm
We’ll gather to watch, enjoy, and discuss a broad selection of music videos that touch on politics and social movements. From mainstream pop songs cloaking themselves in the aesthetics of movements to grassroots performers trying to get the word out about local struggles, these videos are a rich vein of material for understanding the ways that song is central to social movements, but also how popular music exposes the tensions between politics and style.
* * *

Another Protest Song: Karaoke with a Message
August 5th, 7-10pmArtists Angel Nevarez and Valerie Tevere (a co-organizer of the exhibition) bring their ongoing protest karaoke project to Interference Archive. Come hang with friends and belt out your favorite protest song! http://www.anotherprotestsong.org
* * *

Collective Listening/Collective Liberation
August 16th, 2-5pm
Spend a Sunday afternoon at Interference Archive listening and discussing music from around the world. Everyone is invited to bring a song they’d like to introduce and listen to together.

Singing the Archive and Jam!
August 28th, 7-11pm
Join Jeremy Thal and A’yen Tran in singing the songs of if a song could be freedom. An open acoustic jam will follow around 9pm. Feel free to bring a song and an instrument. 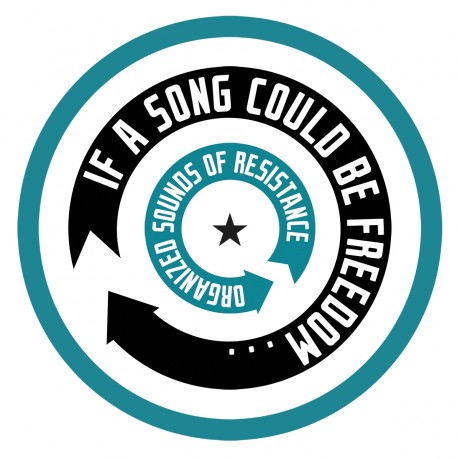