On Questions of Strategy and Organization 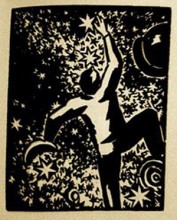 Social movement scholar and writer Barbara Epstein would like our help with her current short book on the anarchist/antiauthoritarian movement in the United States. She’s at the beginning of this project, but her aim is to help create a bridge between the generation/movement that she’s been a part of (socialist/Marxist leftists from the sixties) and the contemporary anarchist/antiauthoritarian movement.

Barbara will briefly introduce the following two questions, and then we’ll all grapple with these conundrums in a facilitated dialogue — our first experiment in a salon-style event:

What do you see as near-term and longer-term goals and strategies for the anarchist/antiauthoritarian movement in the United States, especially taking into account the challenges posed by escalating environmental crises? What are the dangers faced by this movement under these conditions?

Currently, anarchist/antiauthoritarian movements are diffuse and episodic; people remain, but particular groupings around particular issues tend to come and go. Is this sufficient? Do we need more lasting and broader-reaching forms of organization? If so, how do you envision such forms?

Barbara teaches at the University of California, Santa Cruz, in the History of Consciousness Department. She was a member of the Communist Party for five years (she joined when she was eighteen and there was nothing else around); after she left the CP, she was on the editorial board of Socialist Revolution, later Socialist Review, for many years. She’s written three books; her two favorites are Political Protest and Cultural Revolution: Nonviolent Direct Action in the 1970s and 1980s (UC Press, 1991), and The Minsk Ghetto, 1941-1943: Jewish Resistance and Soviet Internationalism (UC Press, 2008).