Our Comics, Ourselves: Leela Corman Presents

Join Gainesville-based illustrator, cartoonist, and Middle Eastern dancer, Leela Corman as she talks about her work, from Eisner-nominated graphic novel, Unterzakhn, to her autobiographical comics about grief and healing, and her new collection of comics coming out in 2016 from Retrofit Books. She will also organize a participatory reading of one of her works. 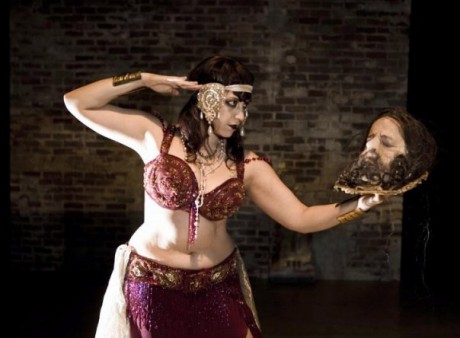 Leela Corman is an illustrator, cartoonist, and Middle Eastern dancer. She studied painting, printmaking, and illustration at Massachusetts College of Art. Her latest book, Unterzakhn, a graphic novel set in the tenements, brothels, and vaudeville houses of the Lower East Side at the turn of the last century, was published by Schocken/Pantheon in the spring of 2012, and has been nominated for the L.A. Times Book Award, the Eisner Award, and Le Prix Artemisia in France.  It has been translated into French, Spanish, Dutch, Swedish, and Italian, and recently won an award for best Anglo-American comic at the Rome Festival. In 2014, her comic “Yahrzeit” won a silver medal from the Society Of Illustrators. She has a new collection coming out in 2016 from Retrofit Books. She lives in Gainesville, Florida, with her husband Tom Hart and their daughter, Molly Rose. 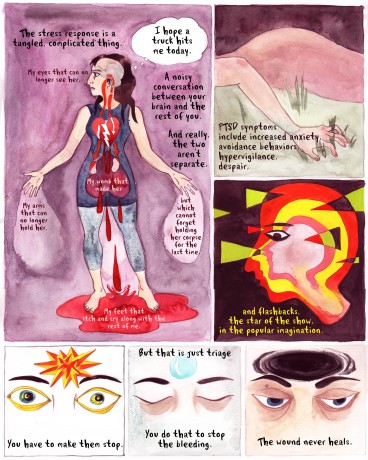 Leela’s presentation is part of the programming for Our Comics, Ourselves: Identity, Expression, and Representation in Comic Art. Her work can be seen on exhibit at Interference Archive from January 21-April 17, 2016, and she contributed an essay to the exhibition’s catalog as well. 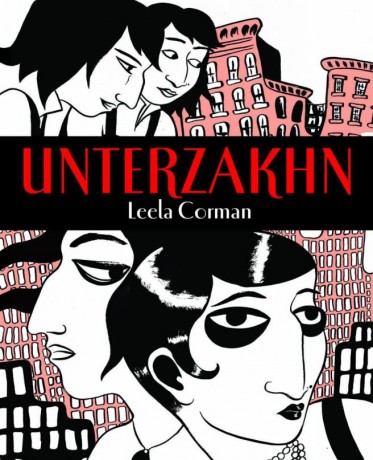 Enjoy this video of Leela’s presentation. Thank you to Renée Feltz for filming!