When We Fight Back: Resistance, Survival, and Risk 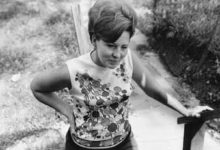 Join us for a screening of a series of short films on the options, resources and risks that people face when resisting sexual and gender violence, in celebration of the 50th anniversary of Third World Newsreel and concurrent with the exhibition Take Back the Fight: Resisting Sexual Violence from the Ground Up at Interference Archive.

Our program includes Janie’s Janie (1971, 25 minutes), Make Out (1970, 5 minutes), and Walking Home (2011, 4 minutes, a production of the Third World Newsreel Workshop) which link questions of personal autonomy and consent to the liberation movements of the time. We will also screen a series of three short videos (2017) from the organization Survived and Punished (http://www.survivedandpunished.org/) on the cases of Joan Little, Paris Knox, and Marissa Alexander that show the risks of repercussion that women, especially women of color, face when they choose to fight back against sexual and physical violence.

This screening will be followed by a discussion with the filmmakers about how visual media can be used by movements to efforts to expose sexual and gender violence not as individual matters that must be dealt with by the criminal justice system, but rather a central structural part of society that affects both individuals and communities.

This event is free and open to the public; no RSVP is required. This screening, as part of the exhibition Take Back the Fight, is funded in part with public funds from the Decentralization Program of the New York State Council on the Arts, administered in Kings County by Brooklyn Arts Council. Janie’s Janie and Make Out were preserved by the Women’s Film Preservation Fund of New York Women in Film & Television.