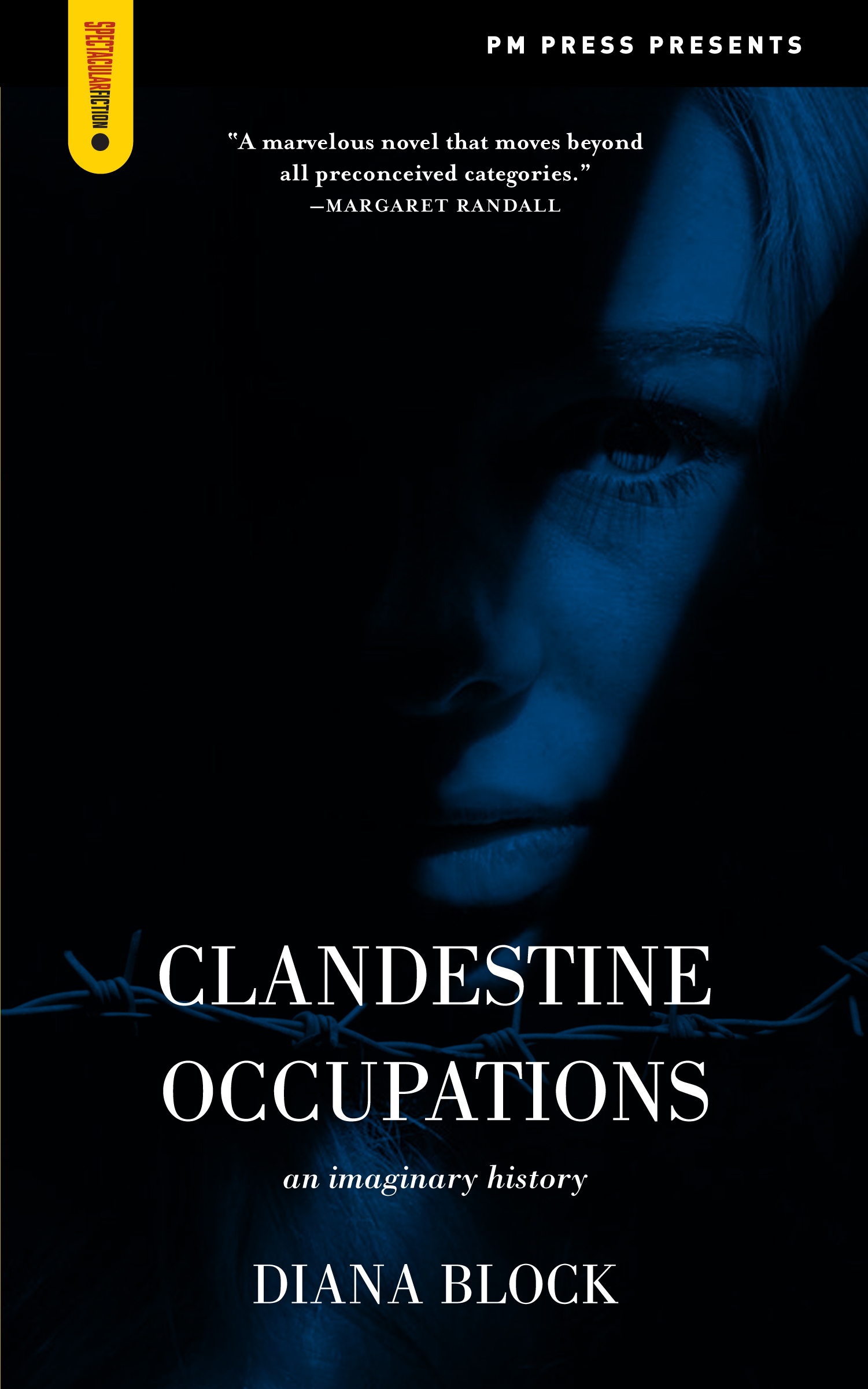 Clandestines Occupations by Diana Block, Book Release Party
October 2, 2015 7pm
A radical activist, Luba Gold, makes the difficult decision to go underground to support the Puerto Rican independence movement. When Luba’s collective is targeted by an FBI sting, she escapes with her baby but leaves behind a sensitive envelope that is being safeguarded by a friend. When the FBI come looking for Luba, the friend must decide whether to cooperate in the search for the woman she loves. Ten years later, when Luba emerges from clandestinity, she discovers that the FBI sting was orchestrated by another activist friend who had become an FBI informant. In the changed era of the 1990s, Luba must decide whether to forgive the woman who betrayed her.
Told from the points of view of five different women who cross paths with Luba over four decades, Clandestine Occupations explores the difficult decisions that activists confront about the boundaries of legality and speculates about the scope of clandestine action in the future. It is a thought-provoking reflection on the risks and sacrifices of political activism as well as the damaging reverberations of disaffection and cynicism.
Praise:
“Clandestine Occupations is a triumph of passion and force. A number of memoirs and other nonfiction works by revolutionaries from the 1970s and ‘80s, including one by Block herself, have given us partial pictures of what a committed life, sometimes lived underground, was like. But there are times when only fiction can really take us there. A marvelous novel that moves beyond all preconceived categories.”
—Margaret Randall, author of Che on My Mind
“Diana Block creates a vivid and engaging tapestry of how political passion interweaves with the intricacies of personal relationships. Clandestine Occupations takes us into the thoughts and feelings of six different women as each, in her own way, grapples with choices about how to live and act in a world rife with oppression but also brightened by rays of humanity and hope.”
—David Gilbert, political prisoner, author of Love and Struggle
“Through this fascinating novel, Diana Block brings to life stories about radical history that will educate and engage today’s activists. Her portrayal of a woman in solitary confinement rings true to experience, offering a raw view of the struggle for resilience under daunting circumstances. Through flights of imagination, the novel gives us hope for political transformations in the future.”
—Sarah Shourd, author of A Sliver of Light: Three Americans Imprisoned in Iran
“Diana Block once again challenges our understanding of the ethical essence of revolution. Beyond political theory and practice, the moral dilemmas and turmoils are constant and consistent. Where does your loyalty lie, how does your dedication confront obstacles? These are the questions found in these pages as Diana searches for a just balance in human relationships and politics. Clandestine Occupations captures and occupies the heart and spirit, teaching us what it means to be genuine and sincere in revolutionary life and love.”
—Jalil Muntaqim, political prisoner, author We Are Our Own Liberators: Selected Prison Writings
About the Author:
Diana Block was a founding member of San Francisco Women Against Rape and the Prairie Fire Organizing Committee. She spent thirteen years living underground with a political collective committed to supporting the Puerto Rican independence and Black liberation movements. Since returning voluntarily from clandestinity in 1994, Diana has committed herself to anti-prison work, becoming a founding member of the California Coalition for Women Prisoners and the Jericho Movement. Previous writings include her memoir Arm the Spirit and she is a member of the editorial collective of The Fire Inside newsletter, which has been giving voice to women and transgender prisoners since 1996. She lives in San Francisco with her life partner, former political prisoner Claude Marks.

Next Post: If a song could be freedom . . . Singing the Archive and Jam! >