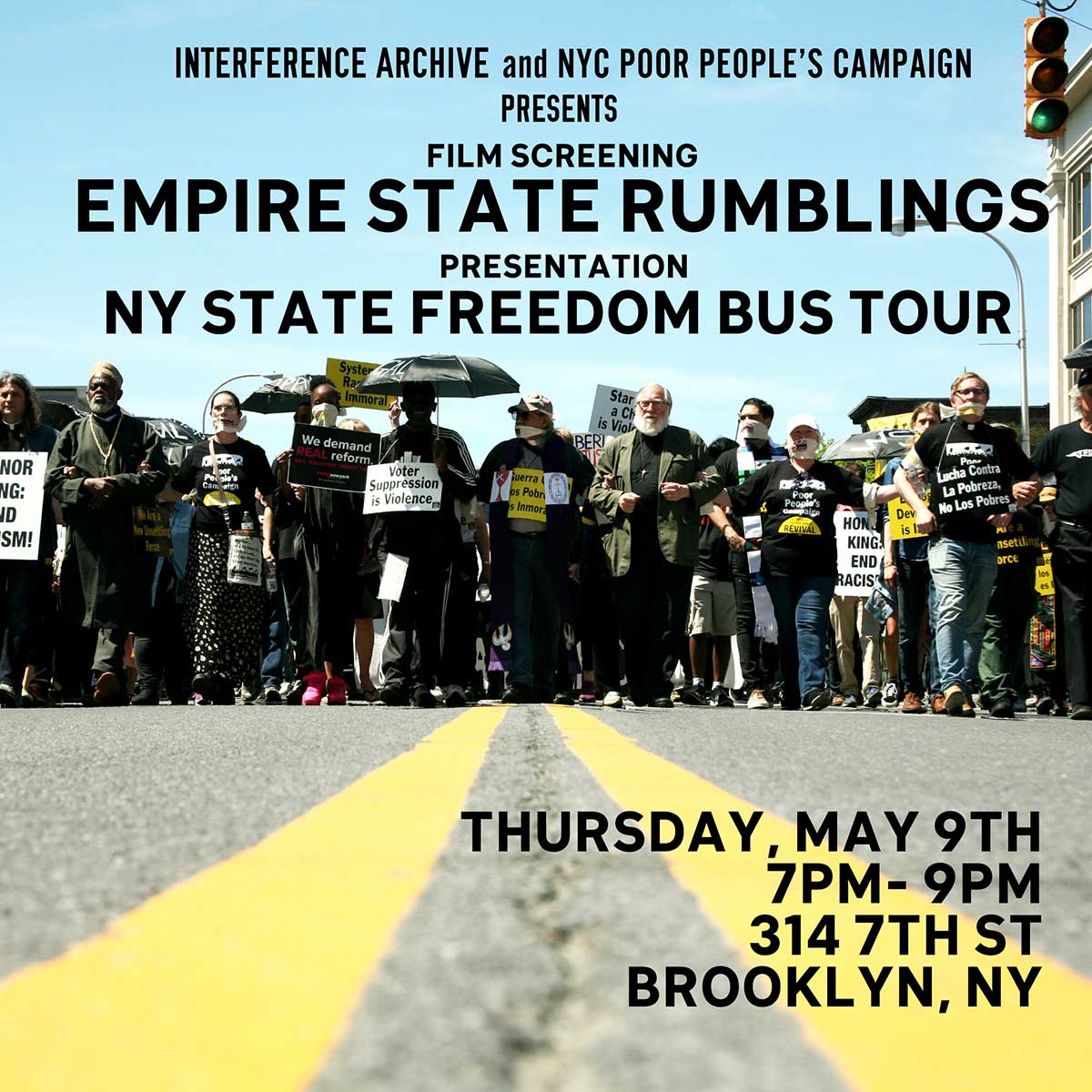 The first film to document the launch of the New York State Poor People’s Campaign, EMPIRE STATE RUMBLINGS tells the story of a new type of organizing seen through the eyes of four incredible women who participated in the intensity of the campaign’s beginnings. Filmed by a team of activist videographers over Forty Days of Action in the spring of 2018, as week after week, poor people from around the state gathered in Albany to confront their government and make their voices heard, EMPIRE STATE RUMBLINGS is produced by award-winning filmmaker Peter Kinoy with an original score by Brooklyn based musician/composer Dan Loomis. (30 min, in English with Spanish subtitles)

Next Post: In Conversation: Shy Radicals: The Black Panthers for Shy People >