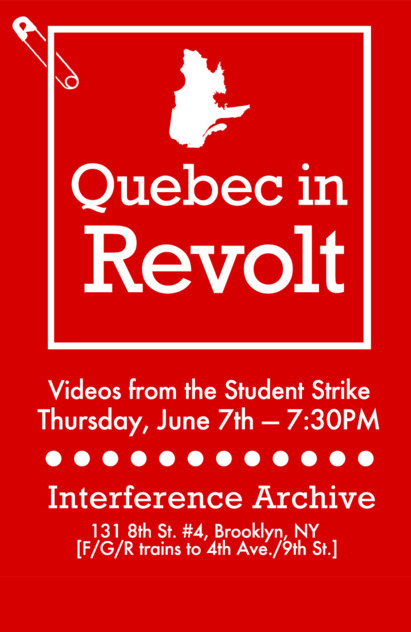 On May 22, hundreds of thousands of demonstrators converged in Montreal to protest a rise in university tuition fees, as well as a harsh new law aimed at curbing Quebec’s longest ever student strike, now approaching its fifth month. It’s a period of unprecedented social upheaval in Canada and one that’s produced thousands of hours of video footage. From slick TV spots with high production values, to gritty livestreams, we’ll take a look at some key videos that have emerged from the strike.
With translations provided by Translating the printemps érable, the clearing-house for English language strike information, and videos culled from different aspects of the movement, we’ll see how the strike began as a response to tuition fees, but has since widened into an anti-austerity movement drawing in a wide base of support throughout Quebec and the rest of Canada.