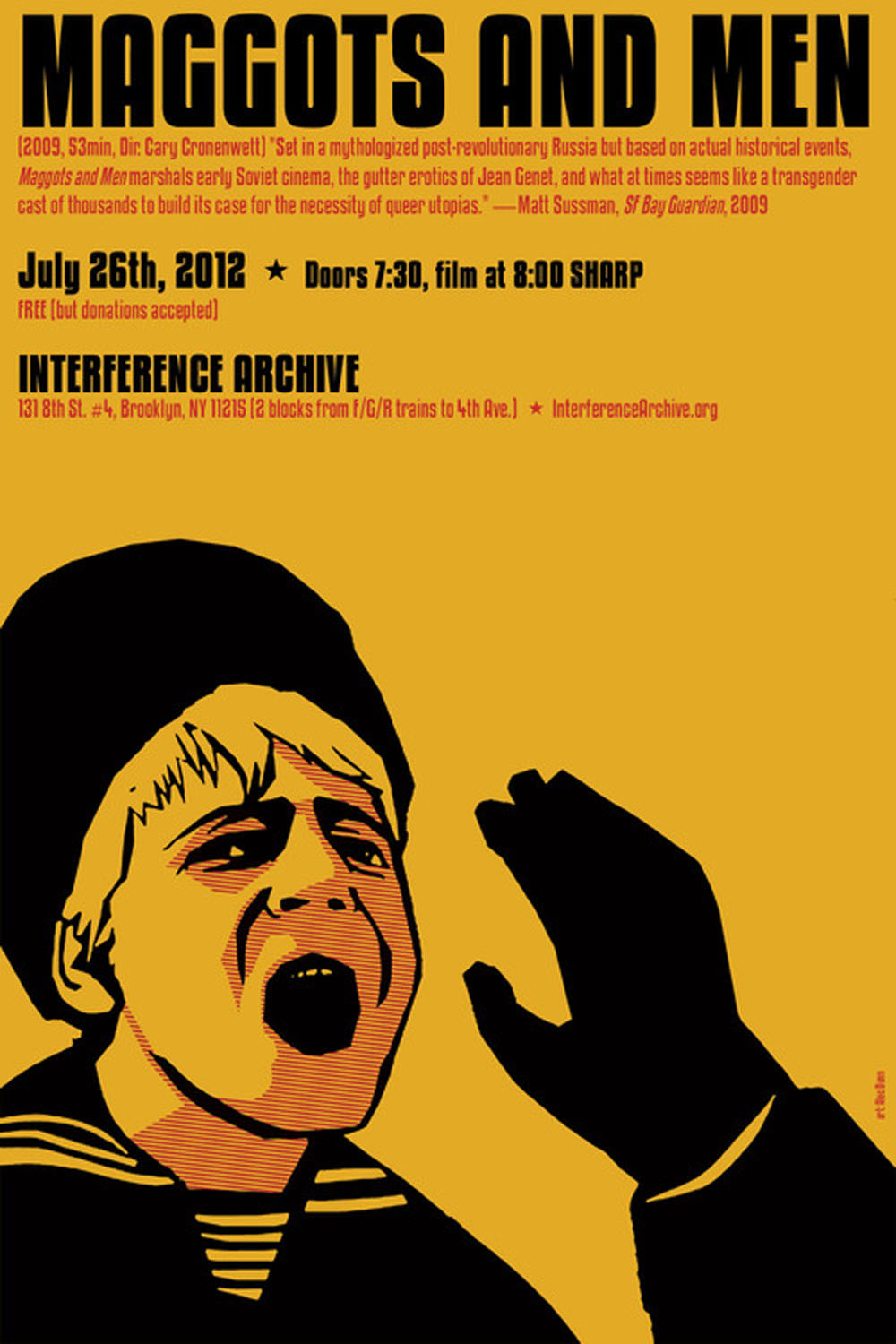 dir. Cary Cronenwett, 2009, 54 min.
(in Russian & English)
Maggots and Men tells the story of the 1921 rebellion of the Kronstadt sailors against the Bolshevik government, and an imagined love story between their leader, Stepan Petrichenko and another sailor.
“Set in a mythologized post-revolutionary Russia but based on actual historical events, Maggots marshals early Soviet cinema, the gutter erotics of Jean Genet, and what at times seems like a transgender cast of thousands to build its case for the necessity of queer utopias.” – Matt Sussman, SF Bay Guardian, 2009
Free!