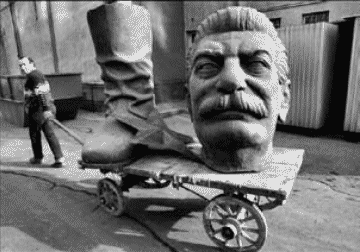 “Don’t mourn, organize” was  a favoured campaign slogan  of the old Left, part of its commitment to struggles of long duration against social injustice and a belief in the ultimate triumph of socialism. But with the rise of identity politics, the importance of memory work–of recording and celebrating hitherto hidden and ignored life histories–has been widely recognized along with a nostalgic tendency in some quarters to mourn the “world we have lost” where working class culture, tied to the labor movement, was a major and progressive political force. Are the do-it-yourself archival practices of the Me Too generation an effective tool for building a shared sense of culture and community in which feelings of anger and loss can be addressed, so that grief does not have to be sublimated in grievance?
By the same token, how successful has the New Left been in challenging the multimedia apparatus of Fame and Celebrity which has come to dominate the politics of public commemoration? How far can the rise of the Populist Archive, designed to communicate “positive images” of maligned minorities, be seen as a response both to the death of the Collective Hero and as a reaction against the competitive individualism promoted by the Fame Academy?
This discussion with author Phil Cohen will address these questions by looking at recent controversies surrounding public memorials, monuments, and archives in both the UK and United States and by arguing for an alternative democratic politics of the archive. Cohen will speak to some of the ideas in his 2018 book, Archive That, Comrade! Left Legacies and the Counter Culture of Remembrance.
Phil Cohen is a scholar activist who has worked for over 40 years with working class and immigrant communities in the East End of London as they respond to the impact of large scale demographic and socio-economic change linked to globalisation and deindustrialisation. As an urban ethnographer he is specially interested in how political and cultural values are transmitted between generations. Or not.
Amongst his many books are Knuckle sandwich: growing up in the working class city (Penguin 1978); Re-thinking the Youth Question (Palgrave 1998); Reading Room Only: memoir of a radical bibliophile (Five Leaves 2013), Graphologies (Mica Press 2015) and Archive That, Comrade! Left Legacies and the Counter Culture of Remembrance (PM Press 2018). www.philcohenworks.com