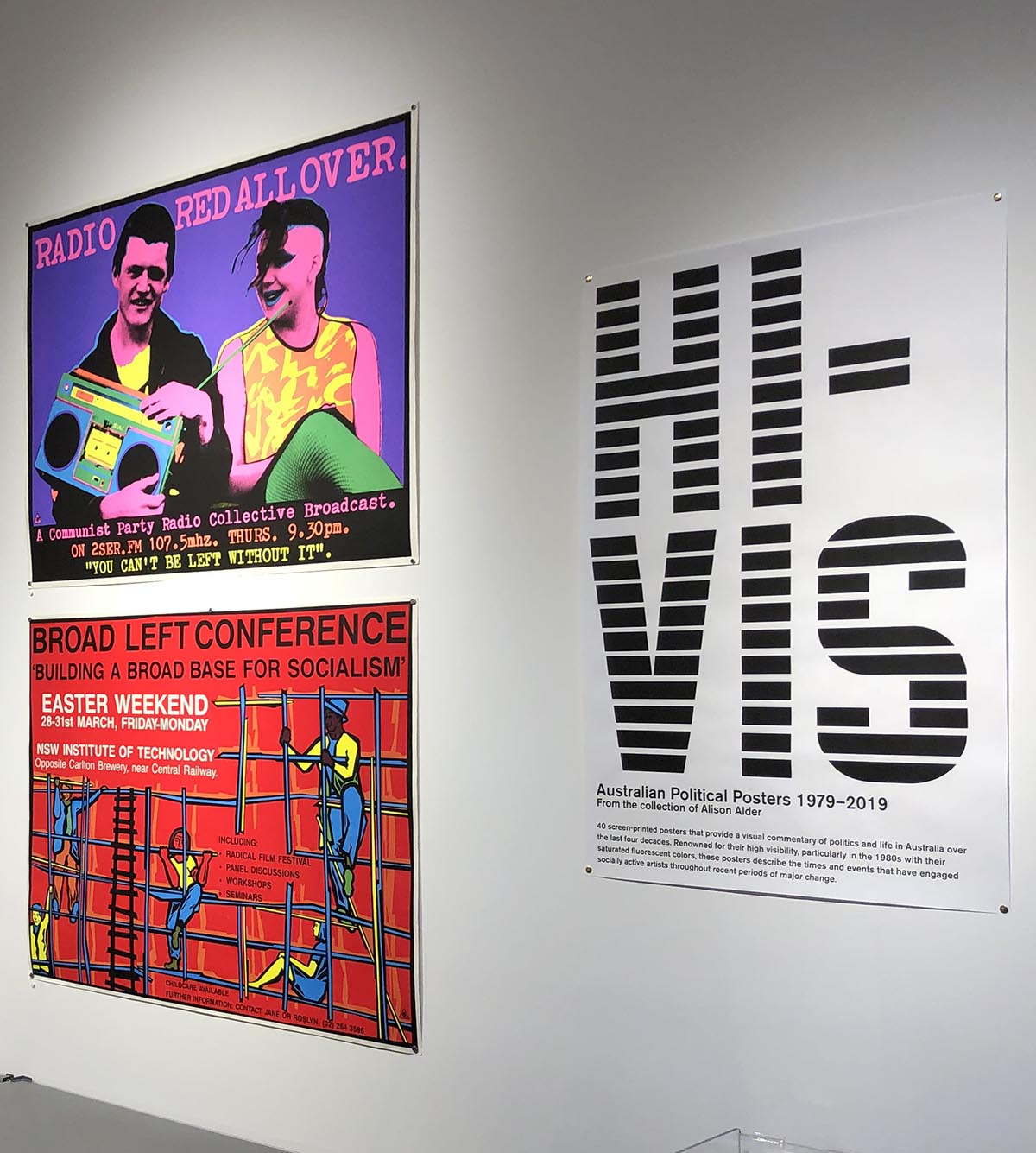 Australia has a rich history of political poster collectives that emerged in the 1970s and are now experiencing a resurgence. Curator Macushla Robinson will [do her best to] contextualize the political posters on display as part of Hi Vis: Australian Political Posters within the broader frame of Australian political movements, protest work and print culture over the past 40 years. Drawing on research that she initially developed for an exhibition at The Art Gallery of NSW titled See you at the barricades, she will draw out some of the key themes and constitutive tensions that arise looking back at four decades of political posters.

Macushla is a curator and writer based in New York. Formerly a curator at The Art Gallery of New South Wales, she is now a doctoral candidate in political theory at The New School for Social Research. Her work blends politics, aesthetics, memoir, critical race studies and gender studies in an effort to understand the political implications of material cultures.

This discussion is part of the exhibition Hi Vis: Australian Political Posters, 1979–2019 currently on view at Interference Archive.