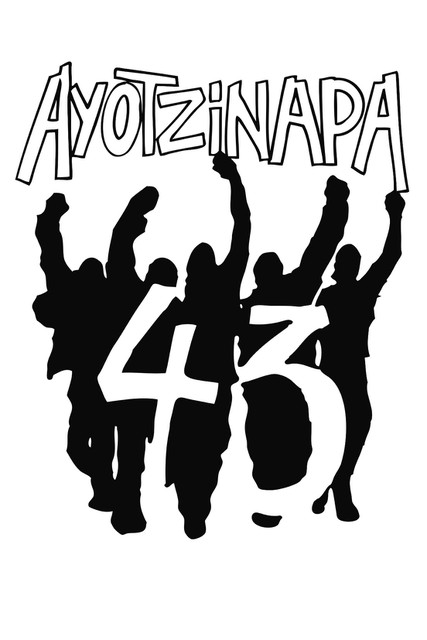 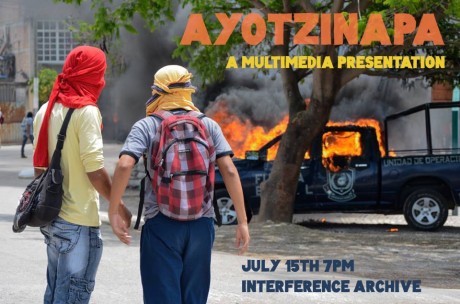 Wednesday, July 15th  7pm
Hundreds of thousands of people across the world have taken to the streets to protest the disappearance of 43 students on from the Ayotzinapa Rural Teachers College in Guerrero, Mexico. Their enforced disappearance on September 26th, 2015 at the hands of state security agents, served to illustrate the marriage between the government and organized crime across the country.
Andalusia Knoll has been living in Mexico for the past few years, working as a freelance journalist and was one of the first international reporters to cover the students disappearances.
On July 15, at 7 pm Andalusia will present photos videos and stories about the dignified resistance of the families of the disappeared students and the Ayotzinapa Normalistas, demystify government lies and facilitate conversation about the deeply entrenched security crisis and Mexico’s failed “War on Drugs.”
Andalusia has covered the Ayotzinapa crisis for various outlets including Al Jazeera Plus, VICE News, and Democracy Now!, and also collaborates with the Mexican independent media collective Subversiones AAC.
Andalusia will be joined by Mauro Hernandez who is originally from Guerrero and helped organize the Caravana 43 in New York.