Bones of Contention: A Screening and Discussion 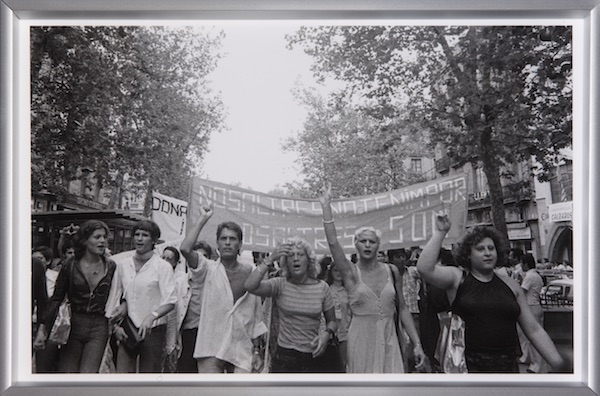 Tuesday, April 17, 7pm
Please join filmmaker Andrea Weiss and Paul Julian Smith, Distinguished Professor at the CUNY Graduate Center, for a screening and discussion of Weiss’s recent film, Bones of Contention (2017).
Bones of Contention is the first nonfiction feature film to explore the theme of historical memory in Spain, focusing on the repression of lesbians and gays under Franquismo. Lining the roads of Spain, masked by miles and miles of pine trees, are unmarked graves in which over a hundred twenty thousand victims of the Franco regime are buried. Today the families of the desaparecidos lead a grassroots effort to uncover and identify the bones of their loved ones, despite opposition from the Spanish government.
Invisible to the eye but hyper-visible in the mind, these mass graves of Spain’s missing persons are an apt metaphor for the historical memory conundrum. How does a country excavate a past that is actively suppressed?
The film weaves together two strands, the historical memory movement’s campaign to uncover the past, and the search for the hidden lives of lesbians and gays under Franco. These strands are connected through the figure of Spain’s most famous poet, Federico Garcia Lorca, who was killed by a right-wing firing squad in the first few weeks of the Spanish Civil War. The mystery of his missing remains and the debates over their significance provide the narrative spine of the documentary, as he has become the symbol today for both the historical memory movement and the LGBT movement.
The screening will be followed by a response from Paul Julian Smith, and a discussion with Andrea Weiss, moderated by María Edurne Zuazu.
Co-sponsored by the Film Studies Program at the CUNY Graduate Center. Open to the public.
Bones of Contention, 2017
75 minutes / Color/B&W
English; Spanish
Andrea Weiss is an internationally acclaimed documentary filmmaker and nonfiction author.  Her books include Paris Was A Woman (Harper Collins, 1995; Counterpoint Press, 2013), Vampires And Violets (Penguin, 1993), and In The Shadow Of The Magic Mountain: The Erika And Klaus Mann Story (University of Chicago Press, 2008).
Weiss is the writer/director of Bones of Contention, and is also co-writer/director of Escape To Life, a feature documentary about the lives of Erika and Klaus Mann which premiered in the Rotterdam Film Festival followed by a wide European theatrical and television release.  Her other film credits include U.N. Fever, Recall Florida, I Live At Ground Zero, Seed Of Sarah, Paris Was A Woman, A Bit Of Scarlet, Before Stonewall (for which she won an Emmy Award), International  Sweethearts Of Rhythm, and Tiny & Ruby: Hell Divin’ Women.
Weiss has been awarded fellowships from the National Endowment for the Humanities, National Endowment for the Arts, New York State Council on the Arts, and New York Foundation for the Arts as well as a U.S./Spain Fulbright Fellowship.  She has been an artist in residence at Yaddo Artist Colony (upstate New York), Banff Center for the Arts (Canada), D.A.A.D. (Berlin), Atlantic Center for the Arts (Florida), and BigCi (Australia).  She holds a Ph.D. in History, and co-directs the MFA Program in Film at the City College of New York.
Paul Julian Smith is an internationally recognized critic in Hispanic cultural studies. He is Distinguished Professor at the CUNY Graduate Center, and has been Visiting Professor in 10 universities including Stanford, NYU and Carlos III, Madrid.  Elected a fellow of the British Academy in 2008, his interests are wide-ranging and interdisciplinary. His Writing in the Margin (Oxford University Press, 1988) was the first systematic application of poststructuralist critical theory to literature of the Spanish Golden Age, and The Moderns: Time, Space, and Subjectivity in Contemporary Spanish Culture (Oxford University Press, 2000) was a groundbreaking examination of Spanish urban space.
As the Spanish film critic for the British Film Institute’s Sight and Sound magazine, Smith has written dozens of reviews, and is the author of Desire Unlimited: The Cinema of Pedro Almodóvar (Verso, 1994 and 2000). His other books include Contemporary Spanish Culture: TV, Fashion, Art, and Film (Polity, 2003), Spanish Visual Culture: Cinema, Television, Internet (Manchester University Press, 2007), and Spanish Practices: Literature, Cinema, Television (Oxford: Legenda, 2012). Smith’s research also focuses on Mexico, including a book on the groundbreaking film Amores Perros (BFI, 2003). He was a juror at the Morelia Film Festival in Mexico in 2009 and at the San Sebastián International Film Festival in 2013, is a regular contributor to Film Quarterly, and is one of the founding editors of the Journal of Spanish Cultural Studies. Smith holds a Ph.D. from the University of Cambridge, where he was the Professor of Spanish for 19 years.