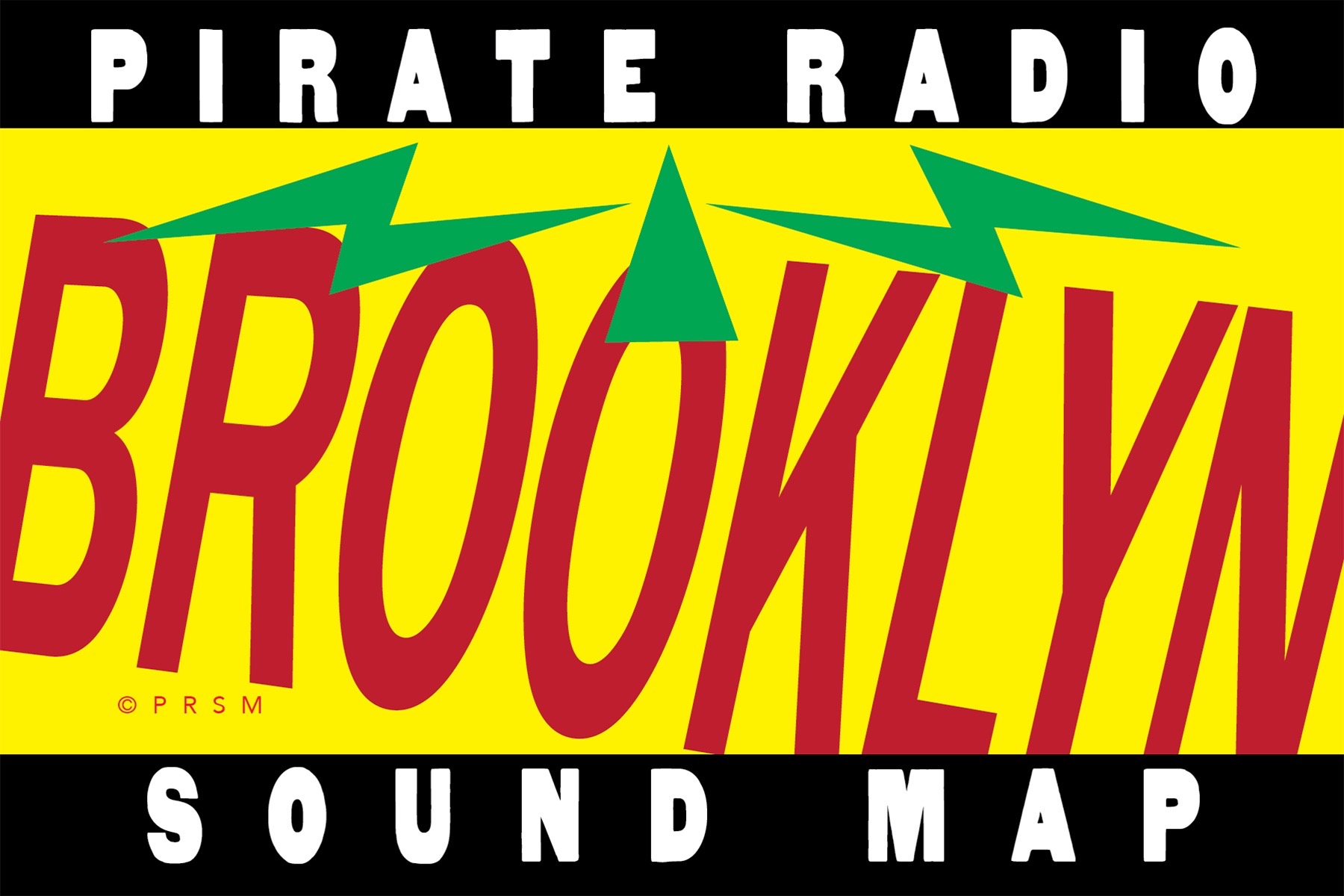 Saturday, April 21, 3pm
Every day in Brooklyn, over thirty unlicensed radio stations fire up their transmitters and take to the air. Historically known as pirates, they crowd onto an already packed FM dial, beaming transgressive culture-bearing signals into Caribbean, Orthodox Jewish and Latino neighborhoods.
At this event, radio producer David Goren will preview his Brooklyn Pirate Radio Sound Map. Combining an interactive archival map with an audio-annotated essay, the Sound Map project explores the forces that drive these stations and the risks they take to remain on the air.
Former pirate broadcaster DJ Cintronics will join David for a Q and A session. Cintronics was the creator of WBAD, a pivotal and influential Brooklyn hip hop station. WBAD came on the air in the mid-90’s, a time when pirate radio was shifting from the domain of tech savvy pranksters to clandestine programmers reaching out to underserved audiences.

David Goren is an award winning radio producer and audio archivist based in Brooklyn, NY. He’s created programming for the BBC, KCRW’s Lost Notes, Jazz at Lincoln Center, the Wall Street Journal magazine, NPR’s Lost and Found Sound Series, On the Media, and Afropop Worldwide as well as audio-based installations for the Proteus Gowanus gallery, and the Ethnographic Terminalia Collective. In 2016, he was an artist-in-residence at Wave Farm, a center for the Transmission Arts. David is currently working on several projects about urban pirate radio including the Brooklyn Pirate Radio Sound Map and a documentary for the BBC World Service.
Dave Cintron, aka DJ Cintronics, founded Brooklyn’s legendary pirate radio station WBAD, which delivered uncensored underground hip hop to a devoted audience in the mid-90’s. After WBAD went off the air, he went on to DJ for Sirius Satellite Radio. Dave also produces and remixes his own music and DJs private parties/clubs. He has held a full time position with UPS for the past 28 years. In 2016, Dave created an internet radio station called Local 804 Radio, dedicated to informing local union members about company news.  For more information, visit djcintronics.com or check out his podcast.