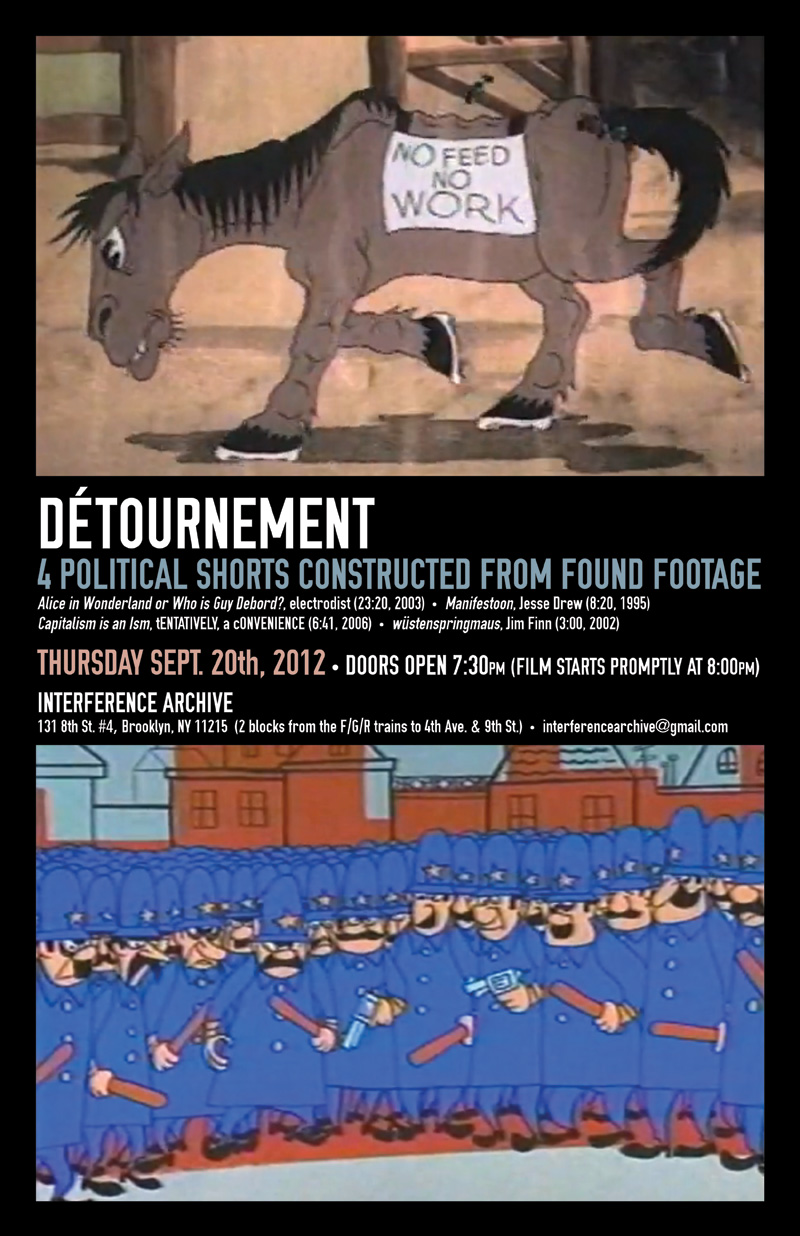 An fun night of repurposed pop culture, these four short films take the detritus of a lifetime of television and film and rebuild strange and fabulous critiques of the status quo. Alice in Wonderland, or Who Is Guy Debord? was originally created as a media activist project, and spliced onto the end of existing Disney VHS tapes being rented at Blockbuster. Manifestoon is a hilarious visualization of the Communist Manifesto brought to life entirely through 1950s’ and 1960s’ cartoons. Capitalism Is an Ism slogs through capitalist propaganda films and popular culture alike to create a strange and caustic brew. Wüstenspringmaus brings us the history of capitalism and colonialism through the joint eyes of Hollywood and a gerbil.
Alice in Wonderland or Who Is Guy Debord? electrodist (23:20, 2003)
Manifestoon, Jesse Drew (8:20, 1995)
Capitalism Is an Ism, tENTATIVELY, a cONVENIENCE (6:41, 2006)
Wüstenspringmaus, Jim Finn (3:00, 2002)
FREE