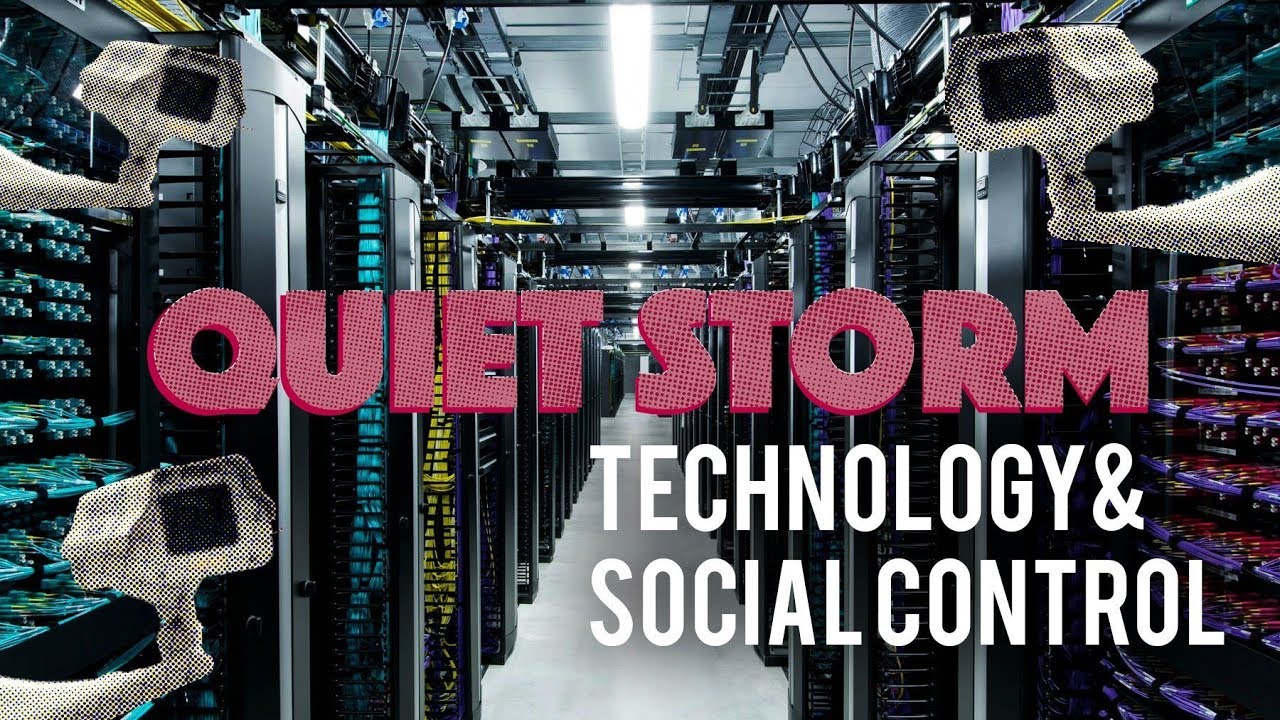 Join us as we show two episodes of the subMedia documentary series, Trouble, with episodes #19 (Quiet Storm) and #5 (You Are Being Watched:Movement Defense Against State & Corporate Surveillance).

Trouble #19: Quiet Storm: Sub.Media.Tv’s Trouble Returns With An Episode On The Growth Of Robotics, AI, Nanotechnology, And “Smart” Cities That Is Further Becoming A Tool Of Domination Against The Exploited And The Excluded.

We’re on the brink of a new era. In the coming years and decades, rapid advances in the fields of robotics, artificial intelligence, data analysis, nanotech, quantum computing, bio-engineering and 3D-printing promise to drastically restructure our societies – much as the steam-powered engine and personal computer did during earlier phases of capitalist development. Coming waves of automation are expected to eliminate the majority of current job categories, raising the spectre of widespread unemployment and the potential for newer, more sophisticated forms of economic servitude and social control. These transformations will take place under the watchful eyes of a high-tech surveillance state, aided by a new generation of AI-driven facial recognition software, and the further proliferation of networked ‘smart’ devices that record nearly everything we say or do.

Many of the technologies of tomorrow are being designed today in the universities and corporate R&D labs of Shenzen, Singapore and Silicon Valley, by scientists and engineers working at the behest of military contractors and multi-billion dollar tech companies. Claims that ‘technology is neutral’ ring hollow in a world dominated by powerful states and capitalist social relations. It’s clear to anyone keeping score that those who control and shape technological development and mass production are best situated to reap the benefits. But at the end of the day, capital and the state don’t hold a monopoly on innovation. There are many anarchists also working on building new technologies to help thwart our enemies and unlock new paths of resistance. And despite what you may have heard, the master’s tools can be used to dismantle the master’s home – provided the person swinging the hammer knows where to aim.

Trouble #5: You Are Being Watched: Movement Defense Against State & Corporate Surveillance

Ours is an age of historically unprecedented state and corporate surveillance. Our society’s growing addiction to social media, smart phones and other forms of digital communication has ushered in a more interconnected society, but one that is almost entirely dependent on the technological infrastructure of massive telecommunication, software and IT corporations.

The rise of surveillance capitalism has also granted state intelligence networks like the NSA with an unfathomably intimate snapshot into our personal lives. These days, everything we do or say online is collected and stored in massive server farms, accessible to intelligence analysts and state security forces at any time of their choosing. These enhanced surveillance capacities have, in turn, revolutionized more traditional methods of gathering intelligence on political dissidents, by helping local and federal police departments map out the networks they hope to infiltrate, and identify prospective targets that are most vulnerable to being flipped and/or coerced into betraying their supposed comrades.

Yet even with all these tools at their disposal, states around the world are finding it harder and harder to control the explosion of popular anger provoked by their increasingly severe policies of ecological destruction and capitalist exploitation. In this month’s episode of Trouble, anarchist media collective sub.Media interviews a number of individuals about their experiences of dealing with undercovers and informants, and looks at some of the ways that we can build movements that are more resilient to state and corporate surveillance.