Film Screening: All Day All Week 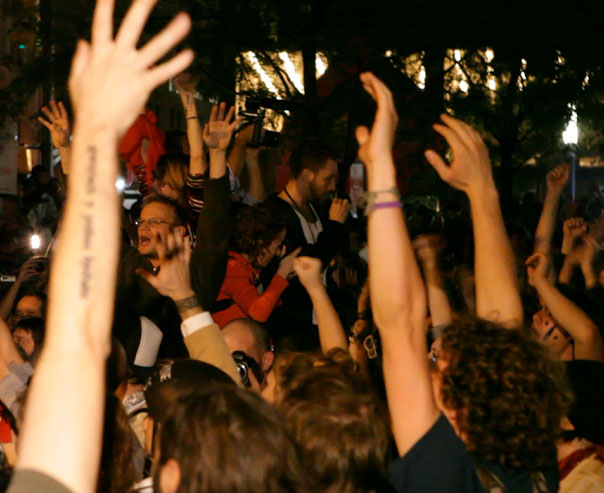 Film Screening: All Day All Week: An Occupy Wall Street Story
October 23, 7pm
In 2011, there were occupations of squares happening all across the globe. People were rising up in response to the global financial crisis and for real democracy. It was a moment of upheaval when anything seemed possible.
In this context, on September 17th, 2011, a two-month encampment of Zuccotti Park, renamed Liberty Plaza, began in the financial district of NYC. Occupy Wall Street (OWS) was an autonomous zone of activity with general assemblies engaging in directly democratic processes and working groups self-organizing to meet basic needs. It was a liberated space.
The non-fiction feature film, All Day All Week: An Occupy Wall Street Story, tells the story of OWS from the perspective of those who lived it. Filmed by and in conversation with participants, the film offers a glimpse inside the daily life of occupation as well as reflections on the experience.  Filmmaker Marisa Holmes will be present to discuss the film.
All Day All Week credits: