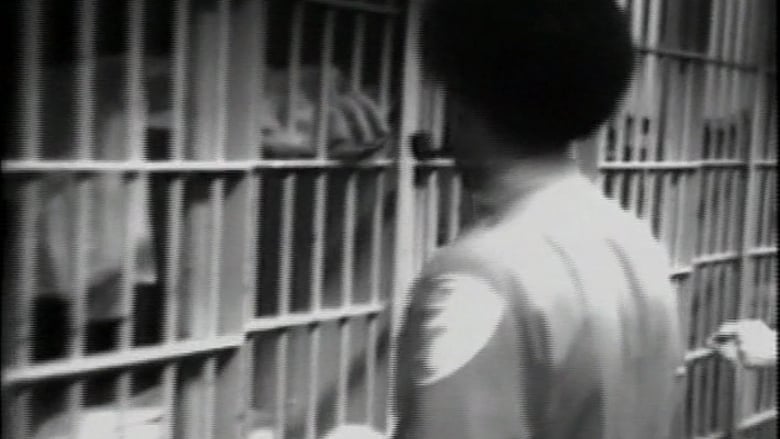 August 5, 7pm
Join us at Interference Archive for a critical look at Rikers Islands’ detention facilities, through the lens of both historic film and as well as the current organizing work of the Close Rikers Campaign.
Filmed in the late 1970s inside the House of Detention for Men (HDM) on Rikers Island, Presumed Innocent (1979, Claude Beller and Stefan Moore) was created to provide a critical look at pre-trial detention conditions through the viewpoint of inmates, guards, judges, lawyers and other criminal justice officials.
Following a screening of the film, the audience will have an opportunity to engage in conversation with filmmaker Claude Beller and with Mo Farrell of the Close Rikers Campaign for a discussion of historic and current work to raise awareness of conditions on Rikers Island, and the role in particular that filmmaking plays.
For decades, the notorious Rikers Island Jail Complex has been marked by violence and corruption and impervious to substantive reform. The #CLOSErikers campaign, led by JustLeadershipUSA, in partnership with the Katal Center for Health, Equity, and Justice, was formed in 2016 to break the political gridlock and achieve real solutions that are guided by directly impacted communities. By closing Rikers, New York City can focus on healing and rebuilding the communities where Rikers has brought suffering. The campaign to #CLOSErikers is calling for New Yorkers to boldly reimagine the city’s failed criminal justice system and become a national leader in ending mass incarceration.
The Katal Center for Health, Equity, and Justice is a new organization with big ideas and bold, visionary goals which include: ending mass incarceration, mass criminalization and the war on drugs; and advancing evidence-based solutions to drug policy. The Katal Center works to promote justice, equity and community safety, and to build the leadership and organizing capacity of organizers, advocates and community organizations.
This event is free and open to the public; no RSVP is required.