Breaking the Spell: film screening and discussion on video activism 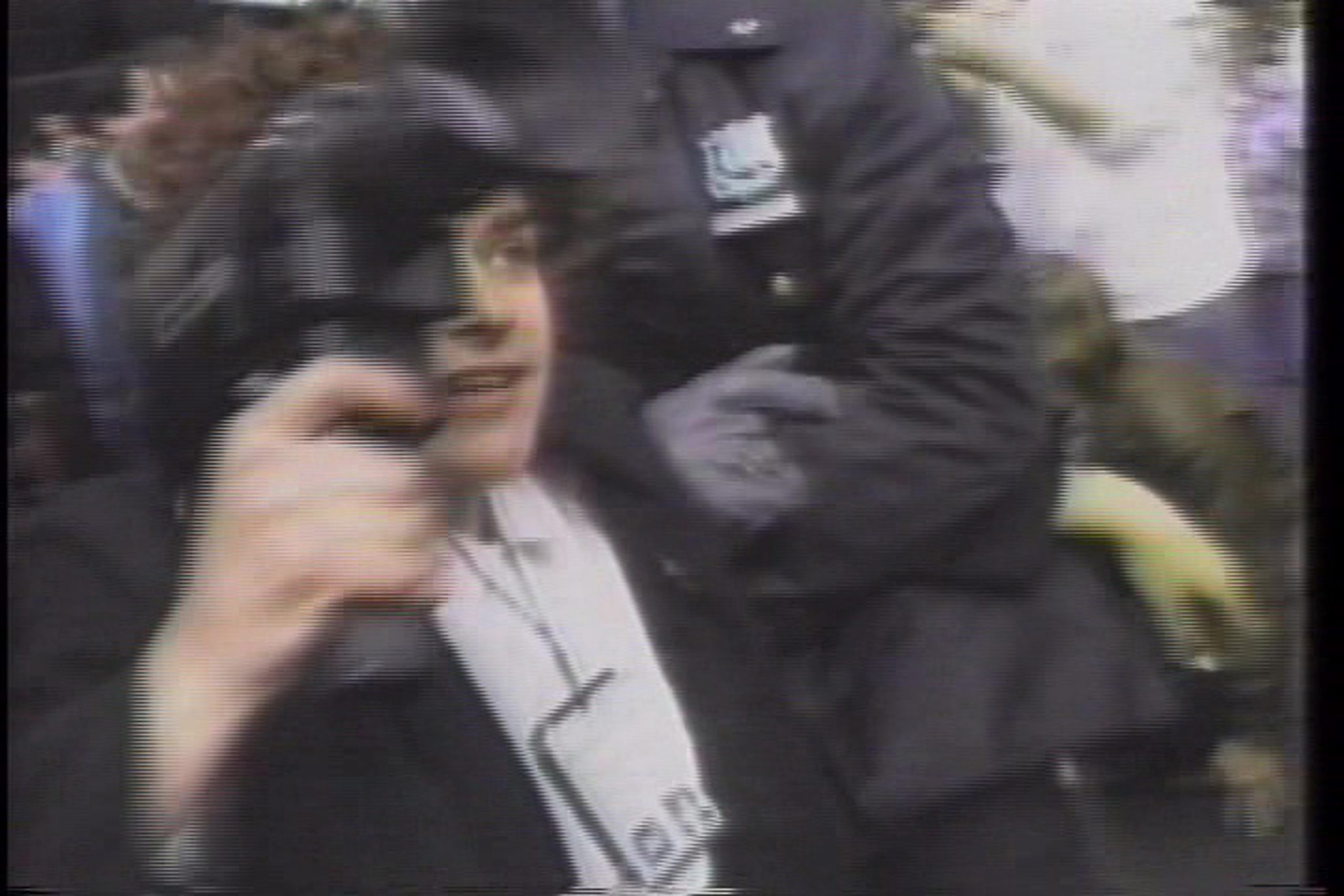 Saturday, February 17, 7pm
with author Chris Robé
Video plays an increasingly important role among activists in the growing global battles against neoliberalism. Subjectivity itself becomes a key terrain of struggle as capitalism mines it through social media sites, cell phone technology, and new “flexible” work and living patterns. As a result, alternative media production serves a central location where new forms of collective resistance can be cultivated.
Using short-form videos and films, in part discussed in his newly released book Breaking the Spell: A History of Anarchist Filmmakers, Videotape Guerrillas, and Digital Ninjas, Chris Robé will weave a visual essay that documents the rise of video activism from the 1960s to the present. The first half of the show mines analogue videos of the 1960s to the 1990s by screening rare footage from street tapes by video guerrilla groups like the Videofreex, grainy community access television from Austin, Texas and Eugene, Oregon, to more iconic images produced by ACT UP New York, the Zapatistas, and Indymedia. The second half of the show plunges into the digital present by providing a wide swath of activist footage from global resistances occurring in Palestine, Egypt, Portugal, and the United States. Experimental shorts like Sobhi Al-Zobaidi’s Red, Green, Black, and White Indians (2007) and the Mosireen Collective’s Prayer of Fear (2013) jut against more traditional short-form documentaries like Andrew Padilla’s Last Tenant Standing in East Harlem (2016). The screening encapsulates the diverse aesthetic range that activist media embodies.
Brief discussion will intersperse the screening to address some core concerns regarding the infrastructure needed to sustain media activism, the difficulties in balancing high quality work with short production schedules, and the implicit politics and practices that undergird specific aesthetic choices. But this night predominantly belongs to the videos and films themselves so that we can visually chart the wide historical and geographical breadth that defines the parameters of global video activism.