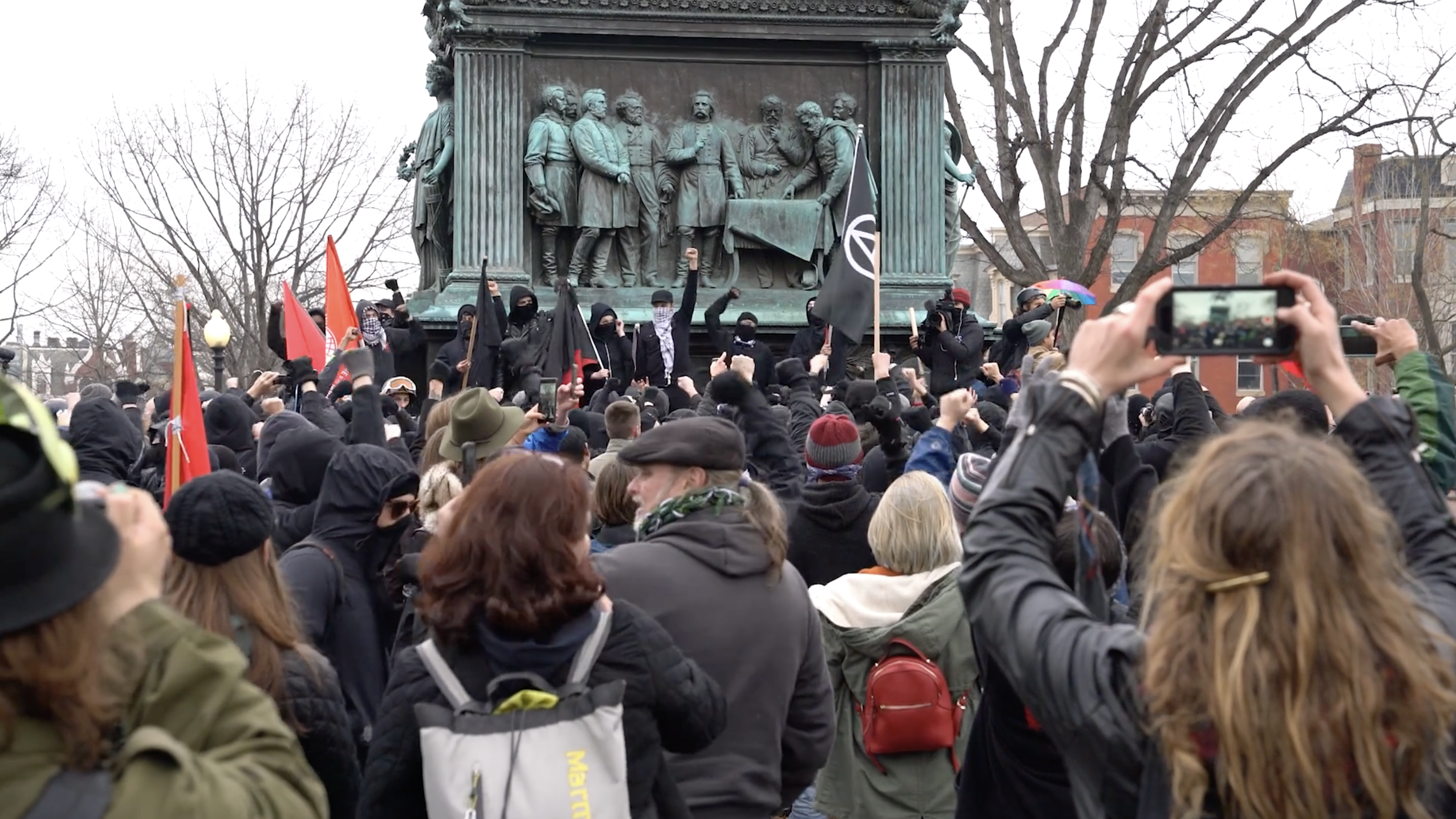 Thursday, March 29, 7pm
Since the election of Donald Trump, acts of racist violence have proliferated across the United States. Racists and misogynists feel emboldened to express and act on their views. White nationalist groups and resurgent traditional white supremacist groups such as the Ku Klux Klan have used Trumps victory to gain new recruits. All that stands in their way are the groups of anarchists, communists, and socialists who have taken it upon themselves to prevent fascism from becoming a powerful political force in the United States. This film tells the story of what “Antifa” is and why people are using these tactics to confront racism and fascism in the US today.
Who are the anti-fascists? What motivates them to risk their lives to fight the far right? What is the history of militant anti-fascism and why is it relevant again today? How is anti-fascism connected to a larger political vision that can stop the rise of fascism and offer us visions of a future worth fighting for? Through interviews with anti-fascist organizers, historians, and political theorists in the US and Germany, we explore the broader meaning of this political moment while taking the viewer to the scene of street battles from Washington to Berkeley and Charlottesville.
This screening is free and open to the public.
More about the film: http://www.globaluprisings.org/antifa/
About Global Uprisings:
Global Uprisings (http://www.globaluprisings.org) is an independent news site and video series dedicated to showing responses to the economic crisis and authoritarianism. Since 2011, Brandon Jourdan and Marianne Maeckelbergh have been travelling, researching, and making documentary films.
Their short films detail social movements in Bosnia and Herzegovina, Egypt, Greece, Portugal, Spain, Turkey, the UK, and the US. Their films cover strikes and demonstrations in the UK, the large-scale housing occupations and street mobilizations in Spain, the various general strikes, protests, and factory occupations in Greece, the revolution in Egypt, the Gezi Park uprising in Turkey, the 2014 social explosion in Bosnia and Herzegovina, the revolt against austerity in Portugal, and the occupy movement in the United States.
Throughout the project, they have also collaborated with collectives and media makers such as the Mosireen collective, Grit TV, Deep Dish TV, Big Noise Films, Democracy Now, and David Martinez.