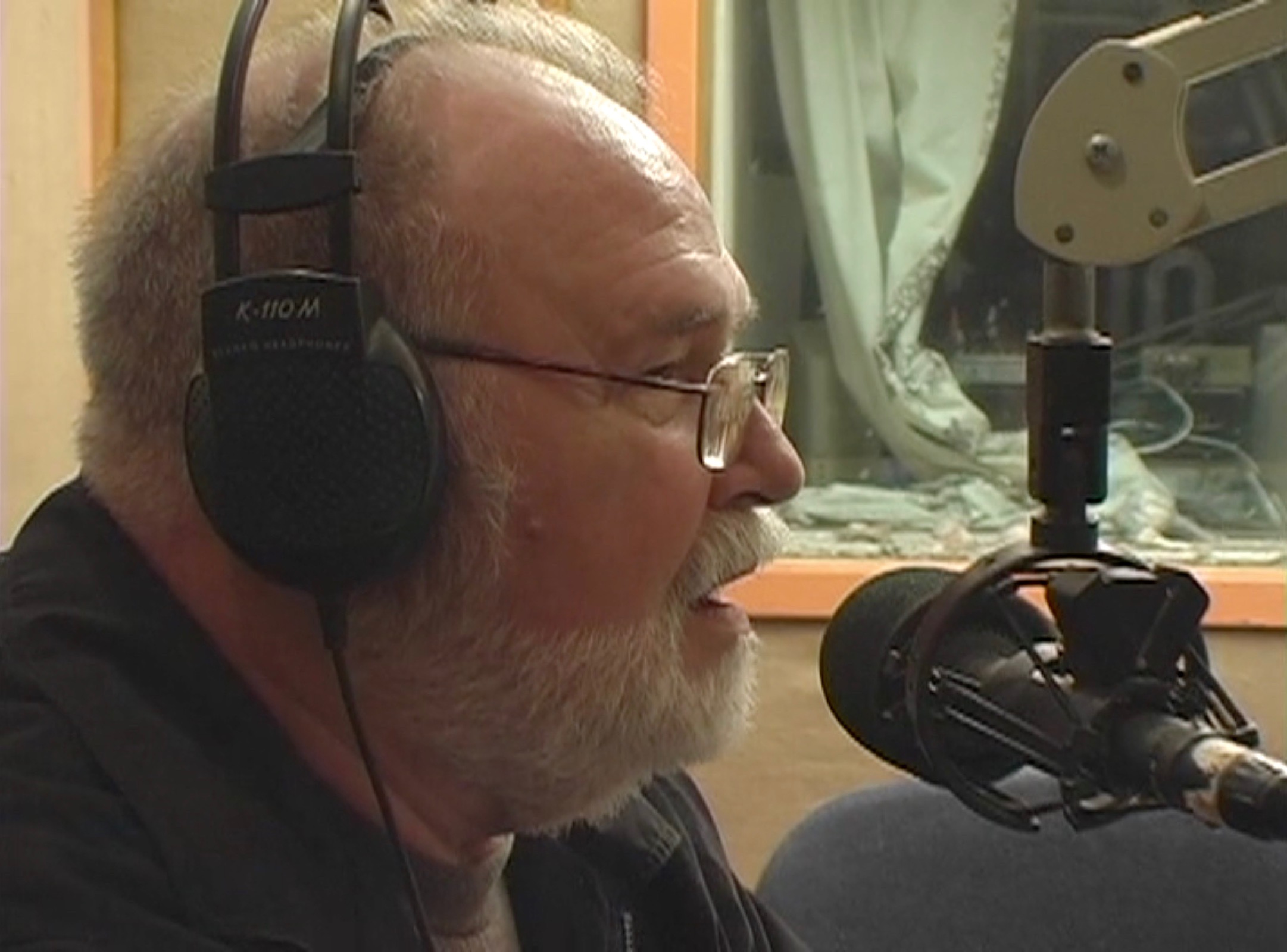 Ex-con and gay activist Ray Hill founded “The Prison Show” radio program on Houston’s KPFT 90.1 FM station in 1980. Every Friday until his retirement in 2011, the show connected Texas prison inmates with their loved-ones and friends on the outside who could not easily call or visit. The show propagated a message of hope, positive thinking and news relevant to the Texas State Department of Justice. This 2007 documentary follows some of the individuals whose lives were touched by “The Prison Show,” and follows the long journey Ray Hill made from surviving prison himself as a gay, white collar criminal to becoming an ACLU award-winning activist.

This screening and conversation are presented as part of our current exhibition Resistance Radio: The People’s Airwaves.

Brian Huberman, director of Citizen Provocateur, is a graduate of the National Film & Television School of Great Britain. Born in Queens, New York, Brian came of age in a suburb outside of London, England, and was inspired as a kid by the Wild West he saw portrayed in popular films and television series of the 1950s. So it wasn’t tough for filmmaker James Blue to recruit Brian and entice him to head West after graduation. He came to Texas in 1975 and has been a professor of film at Rice University in Houston ever since. He is currently professor of film for Rice’s Visual and Dramatic Arts department, where he teaches regular courses in digital documentary production, film production and film genre. An active and working filmmaker, Brian has produced documentaries that screened internationally both on television and at festivals including, To Put Away the Gods (1983), about the Lacandon Maya Indians of Chiapas; The Making of John Wayne’s THE ALAMO (1992); The Last days of Charles/Kathryn (1993), about a transsexual socialite, activist and comedian; The De la Peña Diary (2000), a memoir of the Texas Revolution including the death of David Crockett; and Alligator Horses (2014) about 1830s America, including the history of blackface minstrelsy, Davy Crockett and New York City’s Five Points.

Renée Feltz is an independent journalist based in NYC and Texas with nearly two decades of reporting on mass incarceration, immigration and environmental justice. A longtime Senior Producer for the TV-radio news hour Democracy Now!, she is now a correspondent and freelancer. She honed her skills muckraking on deadline as founding news director for Pacifica radio station KPFT-FM in Houston, Texas from 2002-2006, where with Ray Hill as her mentor she interviewed men and women on death row, covered Hurricane Katrina and its aftermath, and trained hundreds of reporters. Before KPFT she was a pirate radio DJ known as chickpea, and secretary who took “wry, cool-headed minutes” for the Montrose Radio collective.

Sylvia Ryerson is an independent radio producer, sound artist, and current PhD student in American Studies at Yale University. For over a decade she has been using public airwaves to collaboratively and creatively connect through prison walls. Prior to graduate school, Sylvia led the production of Appalshop’s Calls from Home radio show, a nationally recognized program sending toll-free phone messages from family members to their loved ones incarcerated in rural Appalachia, and she co-founded Restorative Radio, a participatory audio documentary project working with families to co-create “Audio Postcards” for their loved ones incarcerated. Her current project, Melting the ICE / Derritiendo La Migra, is a bilingual podcast and radio show dedicated to sharing stories, information and strategies against ICE immigration detention, through detention center walls. Her work has been featured on NPR, the BBC, The Marshall Project, the Third Coast International Audio Festival, Transom.org, the Boston Review, Critical Resistance’s The Abolitionist Newspaper and in the film The Prison in Twelve Landscapes.

More information about Melting the ICE / Derritiendo La Migra may be found here.