Film screening: Finally Got the News 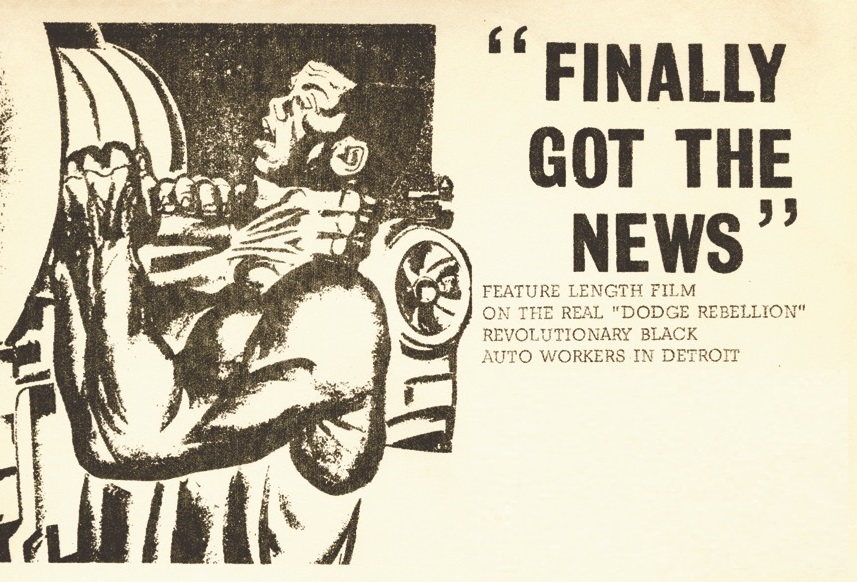 Saturday, May 6, 7pm
Produced in 1970 as a collaboration between Newsreel filmmakers and the League of Revolutionary Black Workers, Finally Got the News paints a picture of race, class, and labor issues in Detroit while exemplifying the ways cinema at the time was used by filmmakers as a means for liberation and a tool for worker struggles.
This film screening accompanies Interference Archive’s public exhibition of the same name, which reflects on print publications from across the radical left in the 1970s. We will be joined by Stewart Bird, one of the Newsreel filmmakers involved in this production, as well as by Chris Robé, author of “Detroit Rising: The League of Revolutionary Black Workers, Newsreel, and the Making of Finally Got the News” (Film History, vol. 8 no. 4, Winter 2016) and Breaking the Spell: A History of Anarchist Filmmakers, Videotape Guerrillas, and Digital Ninjas (PM Press, 2017).
This event is free and open to the public, and is part of an exhibition that is funded in part by a Humanities New York Action/Vision Grant.