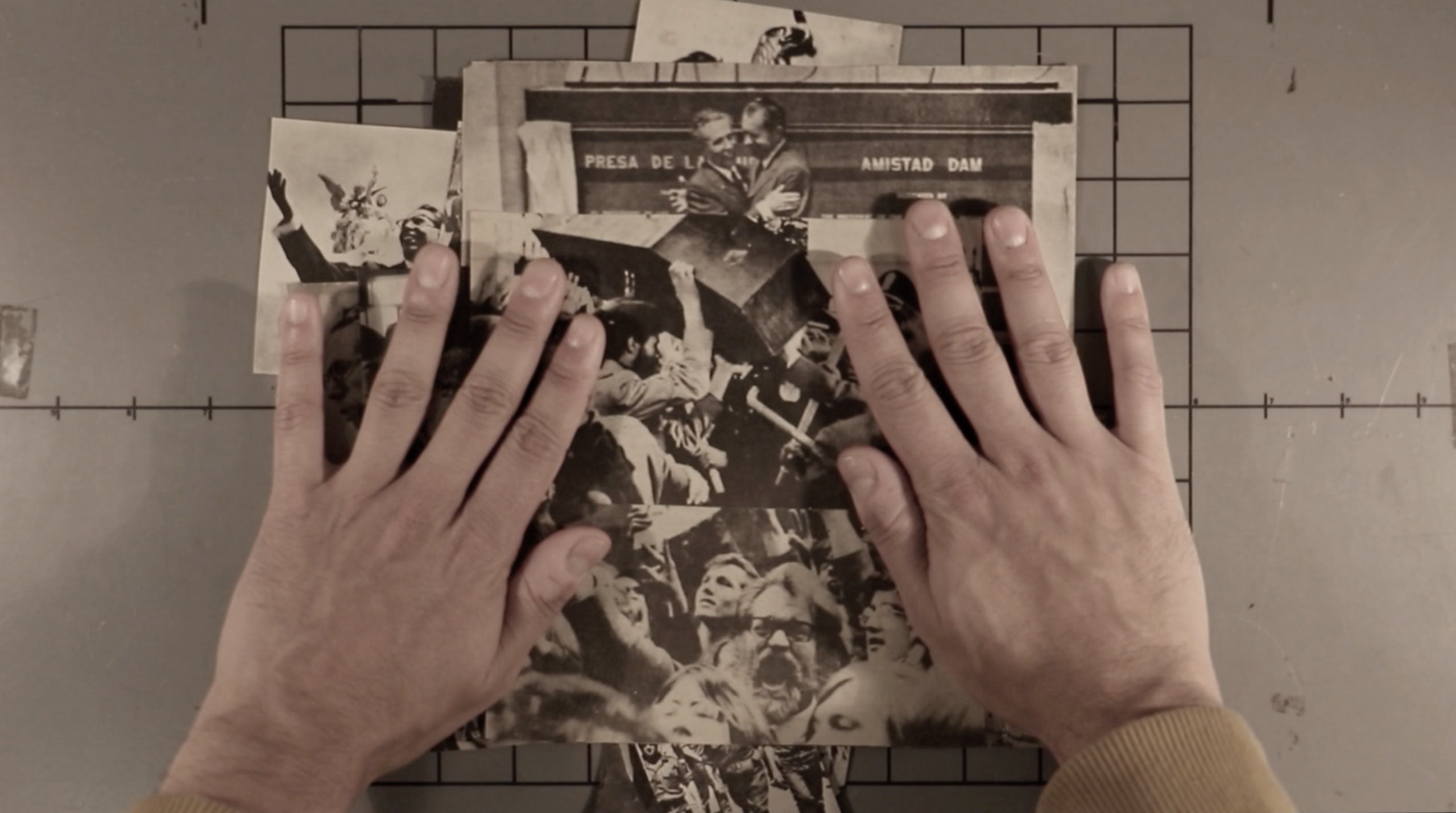 Thursday, January 25, 7pm
At The Top of Grasshopper’s Hill
Single Channel Video, 26 mins
2016 – 2017
with filmmaker Suneil Sanzgiri; discussion to follow with artist and educator Carla Herrera-Prats
Organized in three chapters, this essayistic film examines overlapping narratives in Mexico City surrounding the Second French Empire’s invasion in Mexico in 1861 and the 1968 state-sponsored student massacre at Tlatelolco, tracing the densities and accruals of time, history, and memory, and the power structures and technologies that produce them as such.
The short film uses a mix of archival footage of hollywood-esqe films and 16mm footage from the military combined with re-stagings and digital interventions to chart the visual permutations across experiences within the National History Museum, the site of the 1968 student massacre, and the National Archives of Mexico– a former a prison.
The work questions how the remnants of national memory and cultural heritage can be mobilized, co-opted, and diffused through images and their circulation.
The film is told through the voice of Empress Carlotta as she feigns for and chastises her husband, the puppet ruler Emperor Maximilian. Adapted from the novel News From the Empire by Fernando Del Paso, her narration travels through time, noting the developments of new military technologies, and chronicles the advent of modernity. Her lulling voice slips between contexts from the death of Maximilian to the totalitarian regimes of the 60’s and 70’s in Mexico.
Through the visual migrations across these three chapters and their relationship to these institutional sites of remembrance, these filmic genealogies and this work itself, becomes a meditation on the question of the medium of film, photography and vision as modes of constructing national memory.