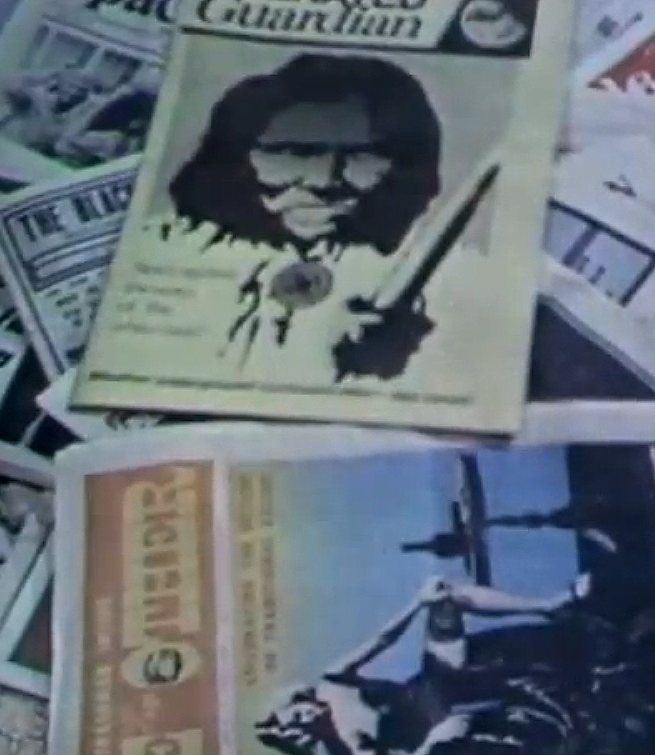 Wednesday, March 13, 2013
7 pm
The Vietnam War, class inequality, black liberation, and women’s struggles—against this backdrop of social upheaval, a rebellious counterculture produced a vibrant underground newspaper scene. In four short years, from 1965 to 1969, the underground press grew from five small newspapers in as many cities in the United States to over five hundred newspapers—with millions of readers—all over the world. Completely circumventing (and subverting) establishment media by utilizing its own news service and freely sharing content among the papers, the underground press at its height became the unifying institution for the alternative culture of the 1960s and 1970s.
In conjunction with Rebel Newsprint, an exhibition of over 100 underground papers curated by Sean Stewart, Interference Archive will screen films about this time period, and the political and social conditions that lead to the development of the underground newspaper scene.  The films will be followed by open discussion.