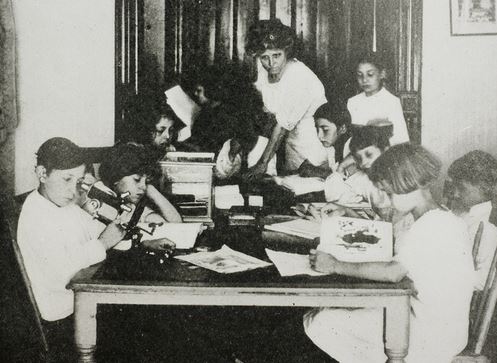 Saturday, December 1, 3-5pm
Radical education on the K-12 level also has a rich history in New York City, dating back as early as 1901. This two-hour event will be split into two parts: the first hour will be a presentation covering the definition and a brief history of radical education in New York City (including a love affair and an attempted bombing) and a look at the current state of radical K-12 education in New York City. The second hour will be a collaborative workshop, discussing realistic ways in which to get involved in radical education and children’s rights in our city today.
This event will be facilitated by Alexander Khost, a children’s rights activist living and mischiefing in Brooklyn. Alexander is involved in various radical education projects in New York, including Friends of the Modern School, an organization that maintains the history of and supports current projects involving anarchistic education.
Possible advanced readings for this discussion (not required, but shared here as a resource) are:

Photo: Courtesy of Special Collections and University Archives, Rutgers University Libraries.
This event is organized as part of a project sponsored by a Humanities New York Action Grant. Any views expressed in this exhibition do not necessarily represent those of the National Endowment for the Humanities.