Overturning the “US Pivot to Asia”: Views from Sit-in Camp in Okinawa 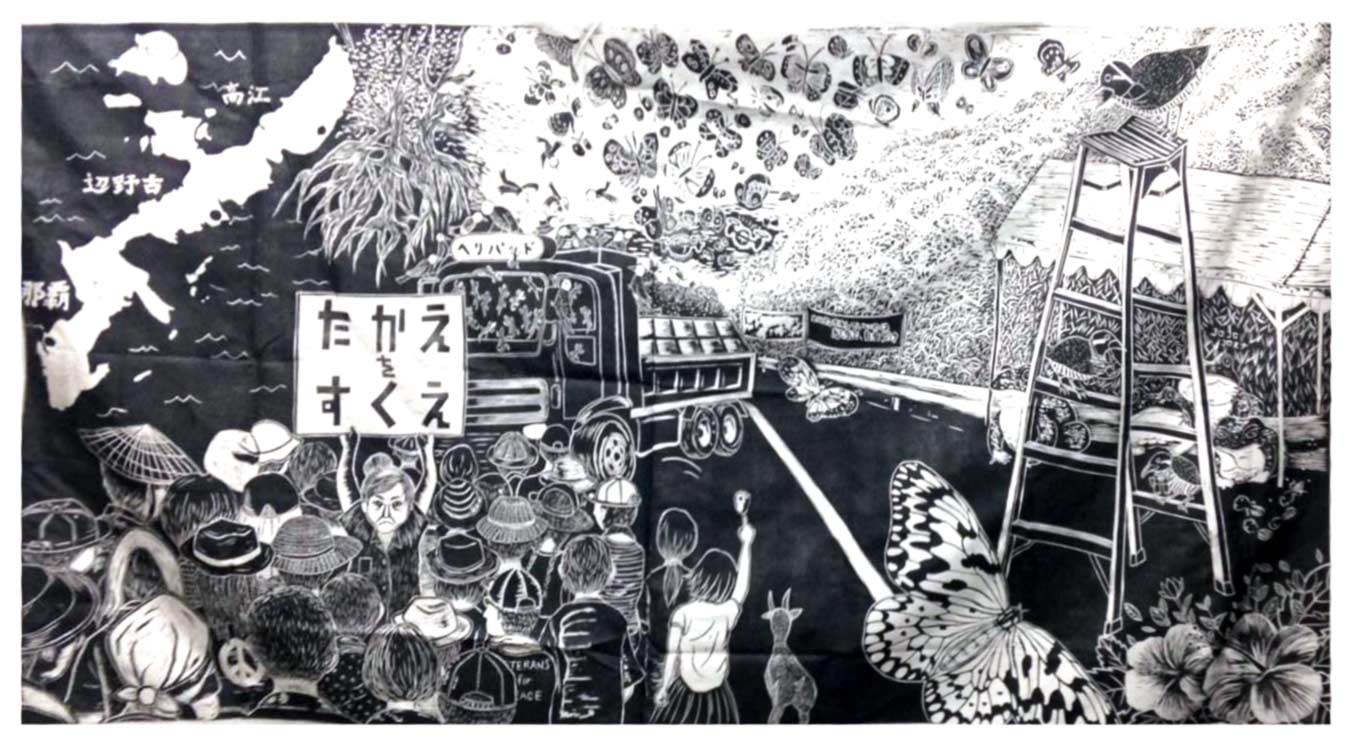 Thursday, October 6, 2016
7pm
A presentation and discussion on ongoing protests to stop construction of US military helicopter landing zones in Takae, Okinawa. We will hear from Kosuzu Abe from Okinawa on the opposition movement from the ground up and how the history of Okinawa has been shaped by ongoing struggles against US imperialist intervention.
The usage of the word “pivot” as a policy term to describe the US strategic agenda in the Asia-Pacific region was first introduced in an October 2011 by former US Secretary Hillary Clinton. The people in Okinawa know better than anybody that this is not a pivot, rather an escalation of US imperialist intervention that this government has implemented for over 100 years.
Kosuzu Abe is a writer, a founding member of a social and intellectual activism network, Project Disagree, and currently a Professor at Department of Politics and International Relations at the University of the Ryukyus in Okinawa. She has written on Cultural Studies of Okinawan direct action including gender studies, history and memory, music, poetics, and race and ethnicity studies, as well as her original major, Caribbean and American Studies. Beginning with the anti-military base construction struggle in Henoko, she has been deeply committed to the protest movement against helipad sites construction in the northern province of Takae since 2007.
(Image is of a banner produced by Tokyo-based A3BC Collective for the Okinawa protests)