Political Stories and Situations in France 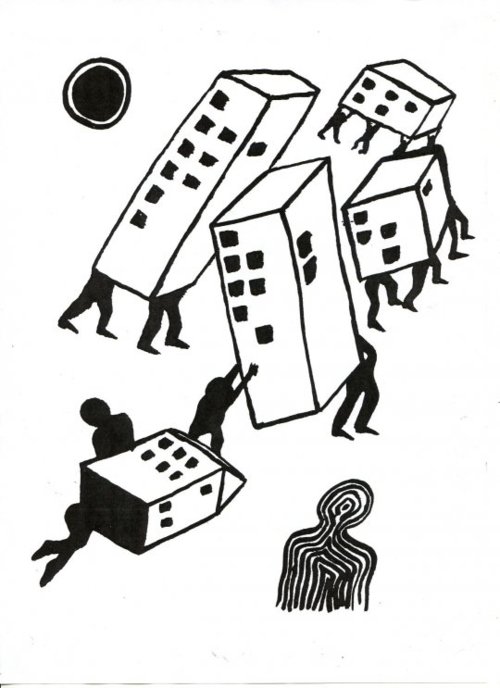 Thursday, March 22nd, 2012
7:00 to 9:00 p.m.
Adrien from Les Cafards presents: Political Stories and Situations in France or
France under global debt threat, seen from a suburb, in between squatted houses, political issues, housing, money and social problems, everyday life, autonomous struggles, and dreams to occupy the entire city.
Adrien will present on the situation in Paris as well as show a number of short films:

“I’m from Paris and while passing through New York I want to take the occasion to share a small panorama of radical politics from France—autonomous practices and struggles. It can be about sharing some questions and tensions inside social movements outside institutional politics, and inside a small community of activists mostly living in squatted houses in an eastern suburb of Paris. It can be about sharing a map, a panorama of radical politics in France inside movements and in the time—that can be very long sometimes—between them.
With some successes and failures, we try to organize to keep away monetary necessities, stupid jobs, part-time contracts, economic pressure. We reach for a bit more freedom, more time, and somehow, by any means we can find, take down the capitalist system… We try to fight against huge urban projects, housing evictions, police practices—in order to build community forces against the crushing metropolis. We try to open and defend spaces for organizations, a social center (for example) in which we can have meetings, meals, shows, and where we can meet, share our situations, our problems, to sort out collectively our pressures and problems.
The situations, questions and challenges we face in France are not separate from what happens here, so let’s talk about it!”