Radical Psychology at Alternate U and Beyond 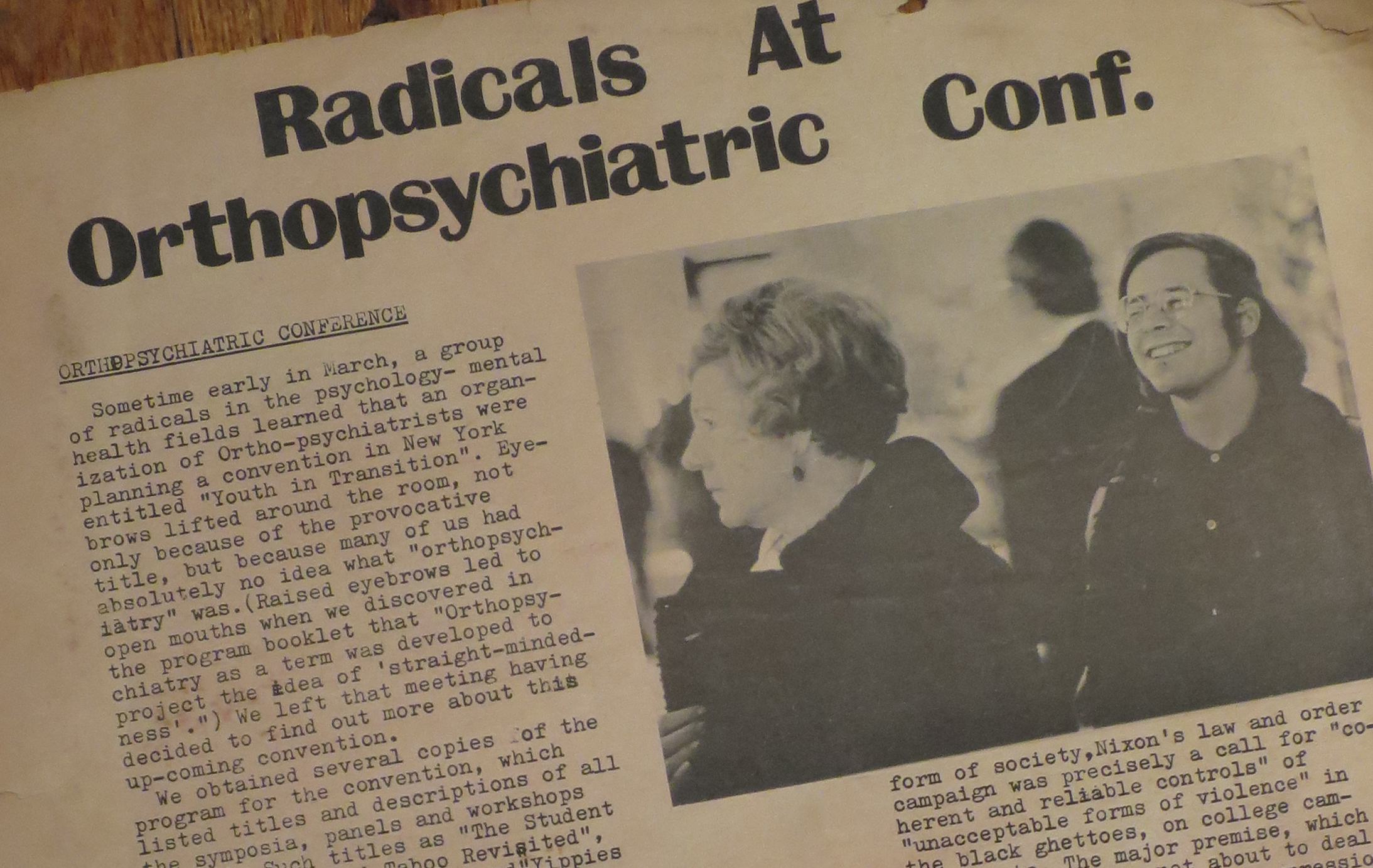 Wednesday, December 12, 6pm
Radical psychology and the politics of mental illness were an important part of social movements in the 1970s and 1980s, and central issues in free education experiments, including Alternate U. In 1970, Keith Brooks ran a course called Towards a Radical Psychology, centered around psychology in the context of the global liberation struggle and the questions of “what is its role and whose side is it on?” Phil Brown ran a course called Demystification of Contemporary Psychology, challenging what he called the “Myth of Mental Illness.”
We are thrilled to host a talk with Keith Brooks and Phil Brown on December 12th at 6pm. They will share their experiences in the critical psychology movement that was a part of the revolutionary environment at Alternate U. Phil and Keith helped set up the organization Psychologists for a Democratic Society, which published a newspaper under the same name. They will introduce the work of this offshoot from the Students for a Democratic Society.
The radical psychology movement was an attack on institutionalized psychology—which isolated mental illness within the individual. They wanted to place psychology and psychiatry within a social framework and attempted to expose the external structures of society that caused mental illness, rather than blaming the internal structures of the individual. One of Phil Brown’s workshops considered “the revolution as therapy,” as well as looking into “the psychology of racism and male supremacy.” Together with Phil and Keith we will use these activities to shine light on the situation of mental health and care today.
Keith Brooks was a co-founder of Psychologists for a Democratic Society, and has written for a wide variety of political and social science publications. He taught at Richmond college from 1970-’75, teaching much of the same content he taught at Alternate U. He went on to do labor and community organizing as well as teach in the NYC Alternative high school division until retiring in 2015. He’s currently writing a book entitled Mythamerica.
Phil Brown is University Distinguished Professor of Sociology and Health Science at Northeastern University, where he directs the Social Science Environmental Health Research Institute. He was very involved in Psychologists for a Democratic Society and in the Radical Therapist collective. During that period he wrote Toward a Marxist Psychology and edited the volume Radical Psychology, as well as two collections of work from The Radical Therapist/Rough Times. In his later work in environmental health, he is the author of No Safe Place: Toxic Waste, Leukemia, and Community Action, and Toxic Exposures: Contested Illnesses and the Environmental Health Movement, and co-editor of Social Movements in Health, and Contested Illnesses: Citizens, Science and Health Social Movements. He is on the National Advisory Environmental Health Science Council, which advises the director of the National Institute of Environmental Health Sciences.
This event is part of a project sponsored by a Humanities New York Action Grant. Any views expressed in this exhibition do not necessarily represent those of the National Endowment for the Humanities.