Reproductive Justice: From Birthing Behind Bars to Breaking Down Barriers 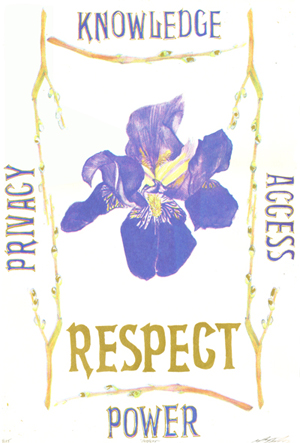 Join us for a discussion on reproductive justice with organizers who are reframing reproductive rights within a social justice context.  Reproductive justice reflects a shift away from the focus on legal access to abortion and individual “choice”, to address the ways that systemic inequalities and oppression affects people’s ability to control their own bodies and lives.  Activist/nurse practitioner Chance Krempasky will discuss the need to broaden the traditional conversation around reproductive rights, exploring how experiences of people in the sex trade, people who use drugs, and transgender folks are impacted by the moralistic attitudes and restrictive policies of opponents of reproductive freedom. Activist/writer Victoria Law and Savanna Stokely of Women on the Rise Telling HerStory (WORTH) will talk about Birthing Behind Bars, a project that collects stories from women who have experienced pregnancy while incarcerated and the fight to end the practice of shackling women during transport for childbirth, labor and delivery, and in post-natal recovery.

Childcare will be available at this event, please RSVP for your child if possible to interferencearchive@gmail.com

Speakers:
Savanna De’Borrah Stokely- Advocate/Intern of Women on the Rise Telling HerStory (WORTH) Savanna D. Stokely received her GED in 1998 from John Jay College of Criminal Justice. She was incarcerated for 7 years whereas she committed to turning her life around. While serving her sentence at Bedford Hills and Taconic she attended Marymount, Mercy, and Vassar colleges. Savanna was also on the Student Advisory committee with Hudson Link. She was also a certified Inmate Peer Mentor as well as a Teacher’s Aide for Adult Basic Education. Savanna also facilitated the Phase III re-entry program that assist women in areas of housing, substance abuse and relapse prevention. In addition to these inspiring roles, she also was certified in the Food Service Program. Through all of the challenges she has faced, she is at present working on obtaining her Bachelor’s degree in the fall of 2014 in Human Services.  Savanna also once released, successfully completed the re-entry program at Realization. Currently she is interning as an advocate at (WORTH) Women on the Rise Telling HerStory where she is working with the Birthing Behind Bars Project.

Victoria Law is a writer, photographer and mother. She is a co-founder of Books Through Bars–NYC, the author of Resistance Behind Bars: The Struggles Of Incarcerated Women and co-editor of  the zine Tenacious: Art & Writings from Women in Prison. She has worked with WORTH (Women on the Rise Telling HerStory) to launch their Birthing Behind Bars campaign examining reproductive injustice in jails & prisons.

Chance Krempasky is an activist and nurse practitioner living in Brooklyn. Chance spends his time working primarily in community health settings, inside and outdoors, providing harm reduction and mindfulness-based wellness services.  Currently, he splits his clinical practice time between caring for participants at a syringe exchange in Washington Heights (Washington Heights Corner Project) and providing sexual health services in the office and on a mobile unit with Community Healthcare Network.  He provided abortion for two years (and hopes to be in a setting where he can do so again in the near future!).  He is dedicated to breaking down the barriers that block healthcare access for people seeking abortion, drug users, people who trade sex, and queer and trans*/gender non-conforming folks.  Chance serves as a board member of The PROS Network (Providers & Resources Offering Services to Sex Workers) and provides direct care for Persist Health Project, a peer-based health initiative for individuals in the sex trade. He also co-hosts the Cleveland, Ohio-based feminist radio show Voices and Choices
Moderator:
A’yen Tran is an activist and artist. She conceived and organized the Boat for Singing Together, a handmade sculptural boat that explores the practice of inhabiting and singing in safe space on water in NYC. In 2011, she organized with the Safer Spaces working group of Occupy Wall Street. She has a long history of organizing women’s clinic escorting programs in New York City, and has worked with VDAY, Eve Ensler’s global organization to end violence against women. In 2005 she was featured in the film “Speak Out: I had an Abortion.” She has spoken at Amsterdam Urban Innovation Week, Picnic, Open Knowledge Festival in Helsinki, PS1, MASSMoCA and the Conflux Festival. A’yen works professionally as an Interactive Producer for the firm Local Projects, recipient of the 2013 National Design Award for Interaction Design. She graduated from Barnard College.