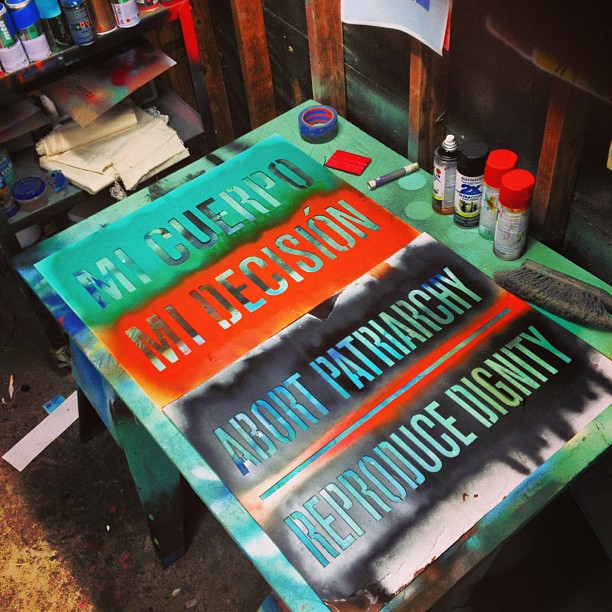 Monday October 7
7pm
Formed days after Wendy Davis’ historical filibuster in the Texas Senate in June of 2013, Rise Up Texas is a broad-based grassroots coalition of individuals and organizations who are mobilizing and organizing around access to reproductive healthcare throughout the state of Texas. The group coordinated some of the strongest displays of opposition throughout the recent battle over the passage of draconian anti-woman bills in the Texas legislature.  Through direct action, outreach, media and legislative efforts, Rise Up Texas aims to re-frame the conversation around these bills to show it’s not a binary issue — ‘pro-choice or pro-life’– because the areas where clinics are being closed disproportionately affect people of color, poor communities and prevent access to a wide array of services that aren’t abortion.
Interference Archive is excited to welcome Rocío Villalobos and Hallie Boas to discuss their experiences organizing with Rise Up Texas.
Since the formation of the coalition, Hallie Boas, an organizer and graduate student at the University of Texas at Austin, has been involved in many different facets of the core organizing body of Rise Up Texas and was also arrested after interrupting the final vote in the House of Representatives on July 10.
Rocío Villalobos is an organizer and native Austinite who works as an advisor at the University of Texas at Austin’s Multicultural Engagement Center. She is also a core member of Rise Up and got involved with the formation of the group after the people’s filibuster at the Texas Capitol