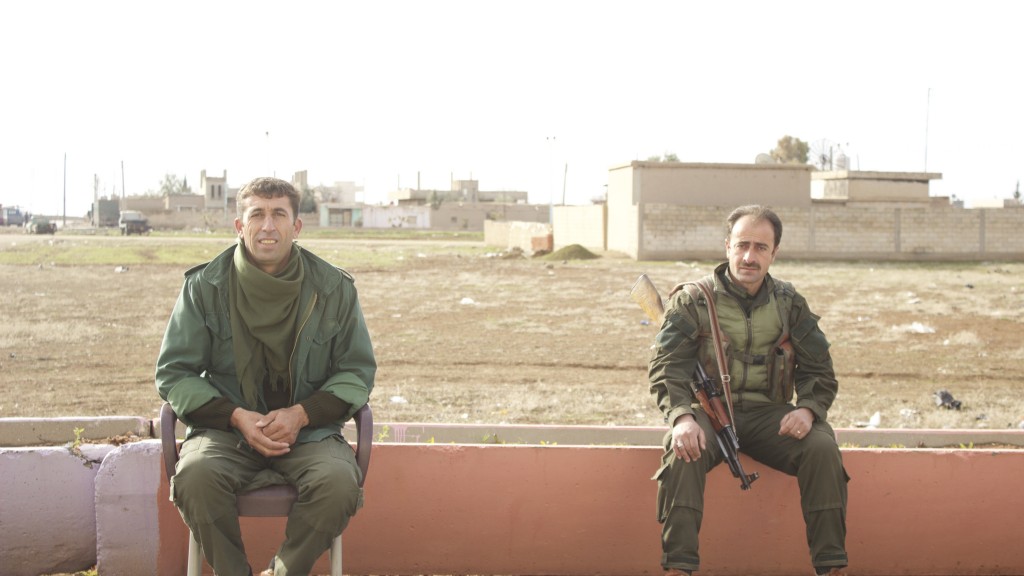 Thursday, February 25, 7:30pm
The Kurdish freedom movement in Rojava has emerged against all odds in their fight for democratic confederalism, gender equality, and ecology in the midst of the Syrian Civil War. Following the almost complete withdrawal of the Syrian government’s military and administrative forces, in January 2014 Kurdish, Arab, and Assyrian people from the Syrian provinces of Al-Hasakah, Al-Raqqa, and Aleppo formed three autonomous cantons: Jazira, Kobane, and Afrin. They have collectively organized a self-administration which works through a series of grassroots communes, committees, and councils–a model unique in the world, but especially so in this region.
While sensationalist coverage of Rojava has focused on the YPG/J’s fight against ISIS and the spectacle of Middle Eastern women fighting Islamist militants–our trip focused more on the attempted social transformation and the internal political and economic structure of Rojava itself, highlighting the radical experiment in direct democracy, revolutionary gender relations, communal ways of life and education, and the ethnic and religious coexistence being attempted.
PRESENTERS:
Matt Peterson is a documentarian from New York. He made a film on the Tunisian insurrection called Scenes from a Revolt Sustained, and is currently working with Malek Rasamny on The Native and the Refugee, a multi-media project connecting the American Indian reservation with the Palestinian refugee camp. He is part of Woodbine, a commune in Ridgewood, Queens.
Malek Rasamny is a researcher and artist based in New York and Beirut. He’s worked at the Maysles Documentary Center in Harlem, and was a founding member of the Red Channels film collective, the Ground Floor Collective, and the LERFE space in Harlem.
Melissa Forbis, from Interference Archive, will facilitate the discussion.
Presented with North America Rojava Alliance: https://www.facebook.com/NorthAmericaRojavaAlliance/