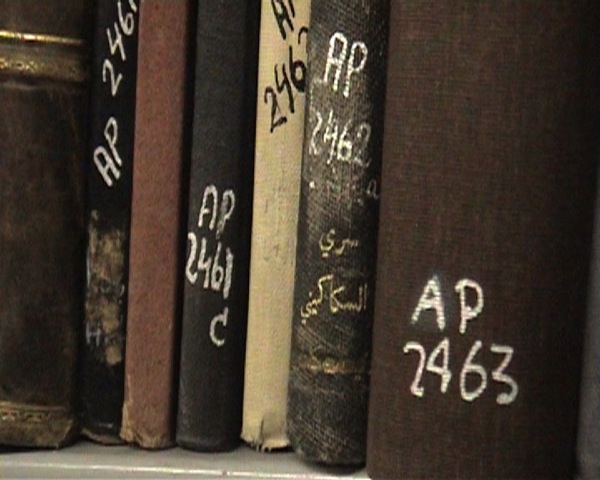 Join members of Librarians and Archivists to Palestine for a screening and discussion of The Great Book Robbery, a documentary about the looting of 70,000 books from private Palestinian libraries during the 1948 war, directed by Benny Brunner.
This screening is part of Israeli Apartheid Week(IAW), an international series of events that seeks to raise awareness  about Israel’s apartheid policies towards the Palestinians and to build support for the growing Boycott, Divestment, and Sanctions (BDS) campaign.
About the film: As 725,000 Palestinians were forcibly dispossessed of their land during the Nakba to make way for a Jewish-majority Israeli state, their homes were looted for valuable cultural artifacts. Soldiers and librarians from Israel’s National Library rounded up books, manuscripts and entire libraries belonging to notable Palestinian intellectuals. Many of books were destroyed, while others wound up at the National Library, with 6,000 cataloged under the code “AP” for “Abandoned Property”. Proof of this was discovered only by chance in 2008, when an Israeli graduate student stumbled across documents in the archives describing these acts of systematic cultural theft and destruction. The film interweaves this history with eyewitness accounts, and the testimonies of those struggling to bring this story to light.
single.php