Signed, Sealed and Delivered: Labor Struggle in the Post Office 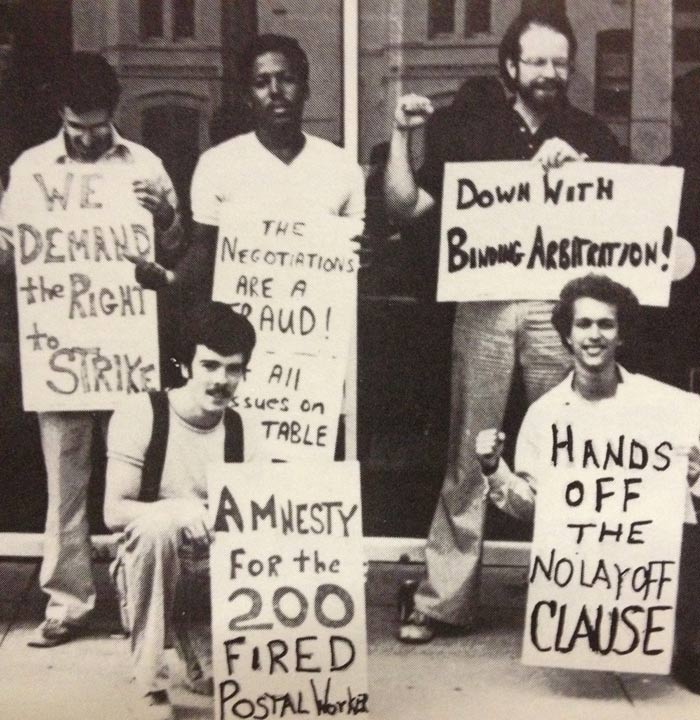 By Tami Gold, Dan Gordon, Erik Lewis
1980, 45 minutes
On July 21, 1978 thousands of postal workers across the country walked off their jobs when their contract expired, saying “No” to mandatory overtime, forced speedups and hazardous working conditions. As a result of this wildcat strike, six hundred thousand postal workers won a better contract. But two hundred workers were arbitrarily fired by management to teach all postal workers a lesson.
Signed, Sealed and Delivered… is the story of the struggle these postal workers waged to win back their jobs. It follows their fight into the streets, onto the floor of the American Postal Workers Union’s National Convention and among workers and communities nationwide. But it took the tragic death of Michael McDermott, a 25 year old mailhandler who was sucked into a conveyor belt and crushed to death, to bring their hazardous working conditions to national attention.
Signed, Sealed and Delivered…. speaks loudly and clearly to people everywhere who are organizing for safe and humane conditions in the workplace.