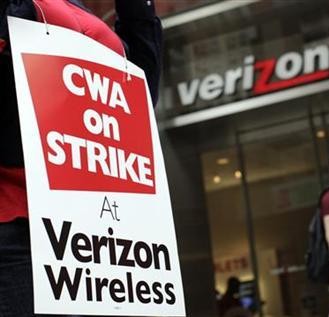 Monday July 15, 2013
7pm
Amy Mouldoon is a Verizon worker and labor activist. She has been on Strike at Verizon twice and will talk about the conditions that led to the strikes, how the strikes were led and managed, and the differences between the two strike experiences. As a long-time union member, Mouldoon will also speak about the erosion of democracy in unions and the marginalization of rank-and-filers within their own organizations— which has led to a decline in direct action tactics and the shrinkage of membership in organized labor.