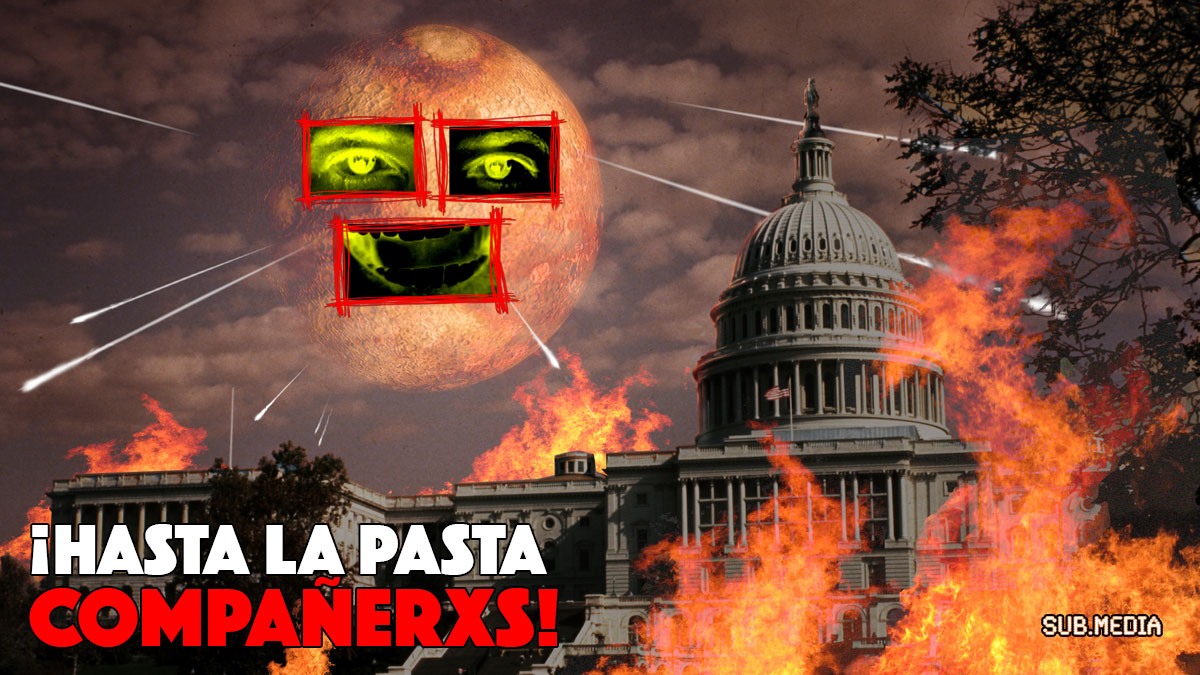 Wednesday, May 3, 7pm
Last December, sub.Media shocked their fans, when they announced that they were pulling the plug on their flagship project “It’s the End of the World as We Know it and I Feel Fine” or ITEOTWAWKIAIFF. For ten fuc&#n years the Stimulator (ITEOTWAWKIAIFF’s foul-mouthed news anchor) has been bringing us news and commentary from what he calls the Muthaf*#in resistance, taco recipes and hiphop driven riot porn mashups. sub.Media’s hilarious news show was enjoyed by thousands of hardcore fans, who dutifully insulted, threatened and cried over the shows demise.
Join us of a retrospective of the best clips from this anarchist video project, and speak directly with one of the show’s creators, Frank Lopez.