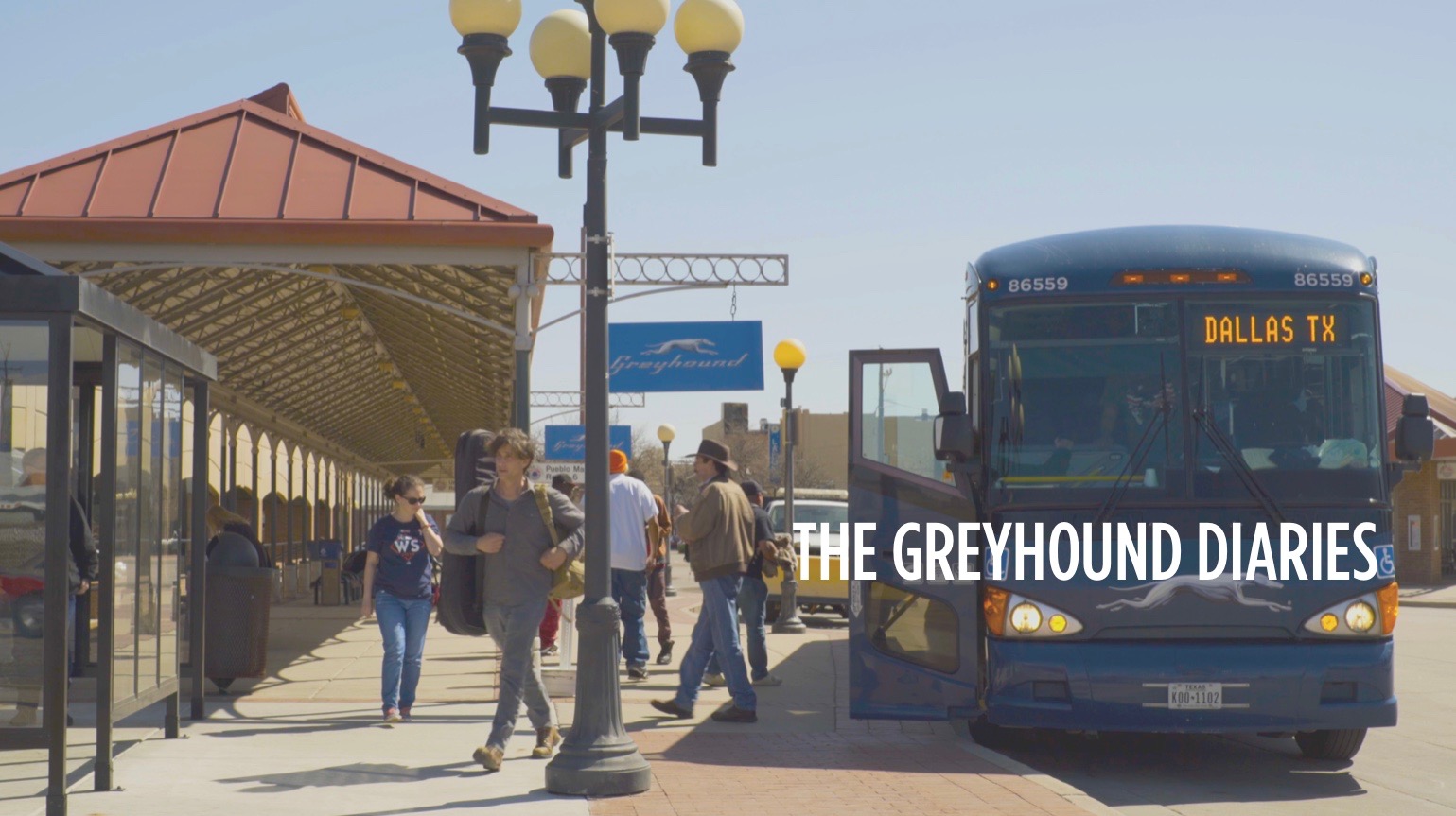 The Greyhound Diaries: Stories and songs from an ever-shifting congregation of people on the move, many struggling on the margins of American society.
Friday, November 9, 7pm
For over twelve years and 120,000 miles, singer-songwriter Doug Levitt has criss-crossed the United States by Greyhound bus, notebook in his pocket and guitar on his back. Listening closely to his fellow travelers, he transforms their stories into songs. Greyhound bus riders travel long distances in pursuit of work, to resolve family crises or make a new start. Along the way they take leaps of faith towards transformation, redemption and healing.
In April 2018, radio producer David Goren followed Doug on a trip west, gathering sounds for a BBC radio documentary. Waypoints included Okemah, Oklahoma, birthplace of Woody Guthrie, the Amarillo Greyhound station at 3am, and Four Mile Prison in Cañon City, Colorado.
Join us for a listening session of highlights from the documentary and a live performance of songs that were inspired by the people met along the way. More on The Greyhound Diaries project on Doug Levitt’s page or at the BBC World Service.
Doug Levitt has written songs, stories, and rendered images of fellow bus riders. Inspired by Depression-era projects, he has performed at a range of places from The Kennedy Center, Woody Guthrie Center and Southern Poverty Law Center to Walter Reed Military Hospital, shelters, prison, and ex-offender programs. Doug and his project have been featured by CNN, MSNBC, Fox News, Reuters, Billboard, The Wall Street Journal, and the UK’s ITV Channel 4 . He is completing an album with Grammy-winning producer Trina Shoemaker (Brandi Carlile, Josh Ritter) and has a forthcoming multimedia exhibit of his work at The Museum of Social Justice in L.A. Prior to the Greyhound Diaries project, he was a London-based foreign correspondent, filing dispatches for ABC and CNN from places such as Iran, Bosnia, Rwanda, and Gaza.
David Goren is an award winning radio producer and audio archivist based in Brooklyn, NY. He’s created programming for the BBC World Service, Jazz at Lincoln Center, The Wall Street Journal magazine, NPR’s Lost and Found Sound series, On the Media,and Afropop Worldwide as well as audio-based installations for the Proteus Gowanus gallery, and the Ethnographic Terminalia Collective. In 2016 he was an artist-in-residence at Wave Farm, a center for the Transmission Arts. This past summer David released The Brooklyn Pirate Radio Sound Map which was featured in The New Yorker Magazine.