The LGBT Struggle in Honduras 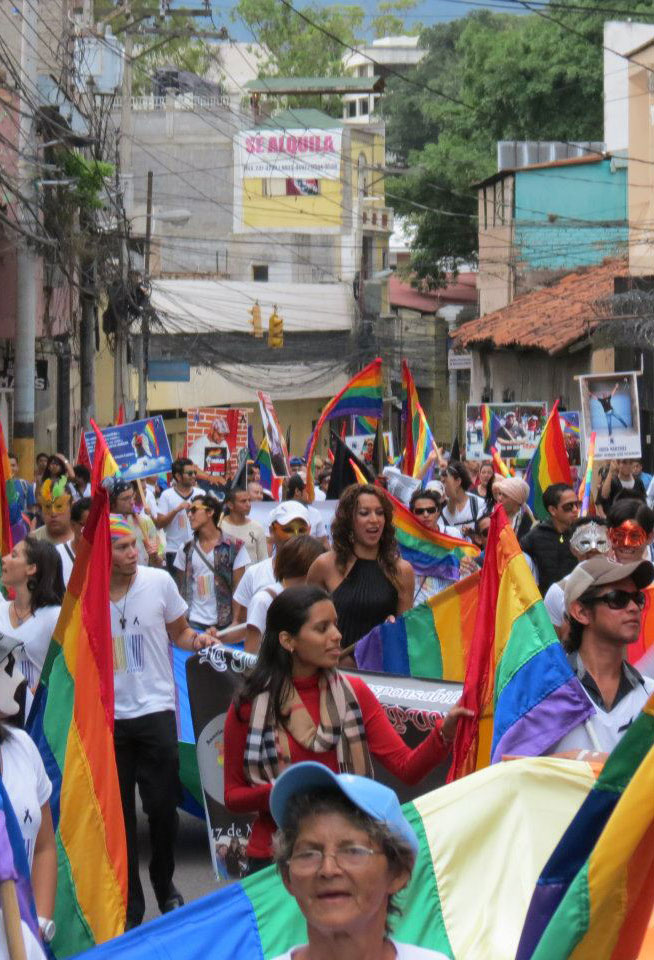 Friday, June 27, 2014
7-9pm
In the wake of the 2009 coup d’etat against Honduran President Manuel Zelaya, peasants, afro-descendants, indigenous peoples, as well as members of the labor, women’s rights, LGBT and other traditionally excluded movements took to the streets in protest. Sexual and gender minorities were amongst the first killed in the state violence that rained down on these protests and public dissent. Out of these struggles the Movement for Diversity in Resistance (MDR) formed from the LGBT activists that opposed the coup government. MDR became part of Honduras’ multi-ethnic progressive alliance dubbed the National Popular Resistance Front of Honduras. Although these movements have put a public face on the dispossession and state-mandated violence, the murder, torture, and abuse of LGBT peoples, and all opposed to the post-coup government, continues unabated. During his presentation, Honduran activist and academic, Nelson Arambú, will discuss the relationship between U.S. aid, the militarization of Honduran society, and violence against the LGBT community. Mr. Arambú co-founded two of Honduras’ leading GLBT NGOs:  Asociación Colectivo Violeta (in 1999) and Asociación Kukulcán (in 2003).  Nelson Arámbu is a native of Tegucigalpa, Honduras and he conducts research on violence and health in Honduras for the Switzerland-based NGO Doctors Without Borders.