There is an Elephant in Every Room: Art & Protest in Egypt and Beyond 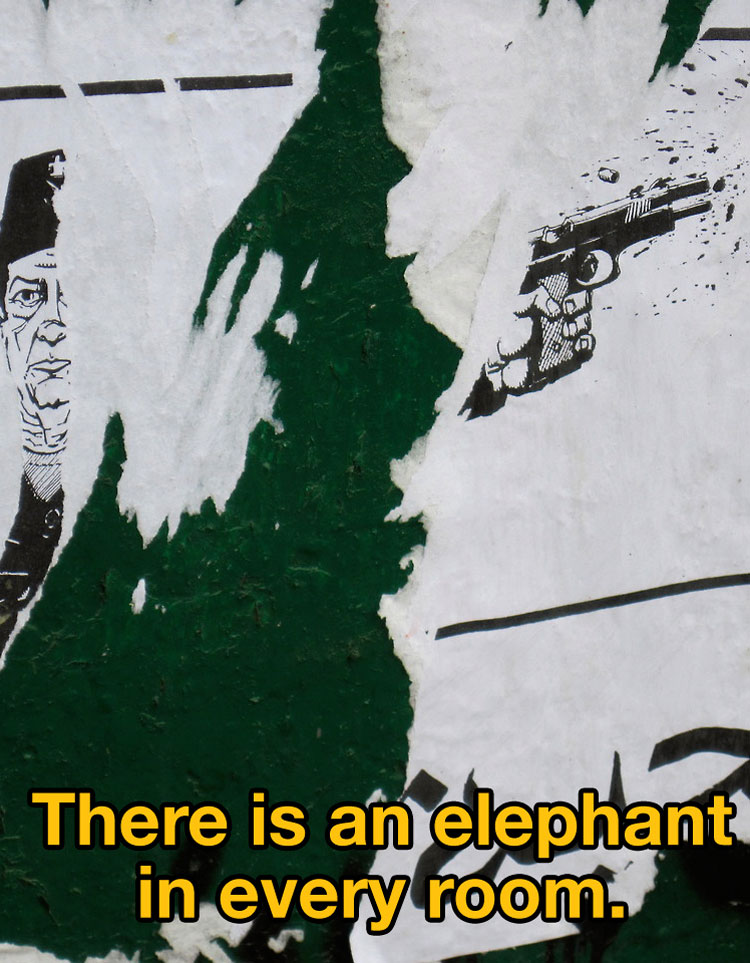 Wednesday, July 23rd, 2014
7–9pm
Ganzeer highlights the social and political relevance of some of the artwork produced in Egypt over the course of the last 3 years and why it frightens Egypt’s new dictator. Ganzeer also explains why you don’t need a crisis as obvious as Egypt’s to create relevant art.
About Ganzeer:
Ganzeer is the pseudonym used by an Egyptian artist who’s done everything from graphic design to product design, installation work, interactive videos, street art, comix, writing, and more . Ganzeer, which means “chain” in Arabic, is the founder and regular contributor to the blogazine Rolling Bulb. Ganzeer is quite accustomed to adopting completely new styles, techniques, and mediums to adapt to the topic he is tackling at any given time, prompting Bidoun Magazine to refer to him as a “contingency artist.” The Huffington Post has placed Ganzeer on a list of “25 Street Artists from Around the World Who Are Shaking Up Public Art.” Al-Monitor.com has placed him on a list of “50 People Shaping the Culture of the Middle East.” Ganzeer is also one of the protagonists in the critically acclaimed documentary Art War by German director Marco Wilms. He was involved in the independently organized “Shit or Freedom” (2013) exhibition with Hany Rashed, Ammar Abo Bakr, and Ahmed Hefnawy at the abandoned Viennoise hotel in downtown Cairo. More information at www.ganzeer.com 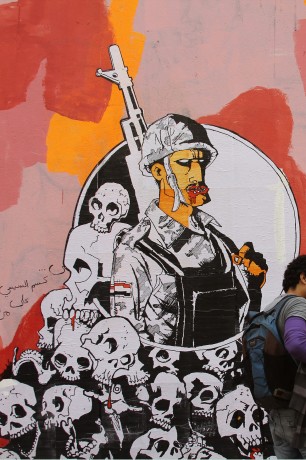