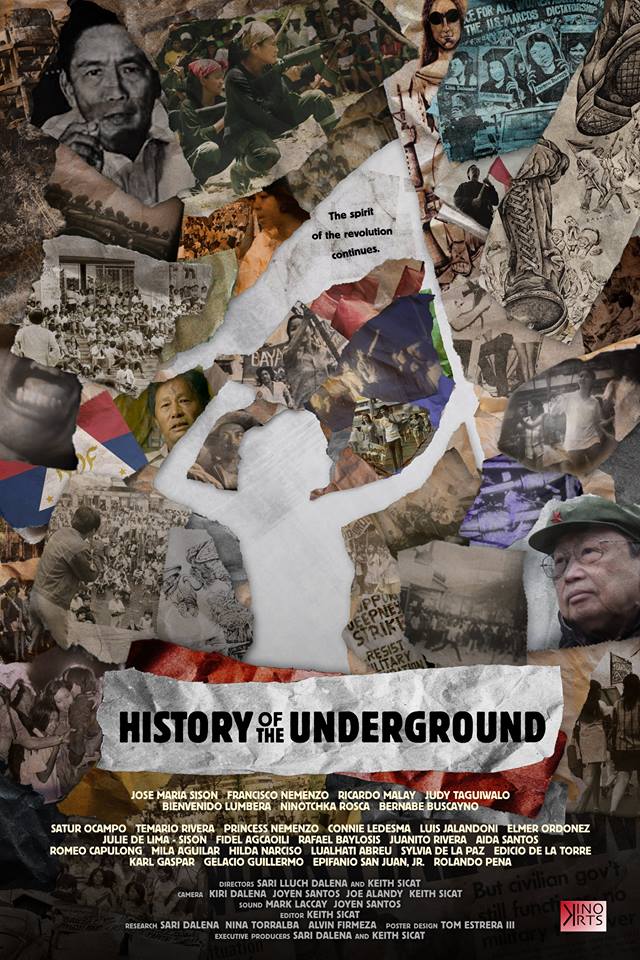 This year marks the 33rd anniversary of the EDSA People Power Uprising that took place on February 22-25, 1986 and ousted dictator Ferdinand Marcos after 21 years of his fascist rule in the Philippines. Anakbayan New York presents Sari Dalena and Keith Sicat’s documentary “History of the Underground.” Seven years in the making, it aims to have a deeper understanding of how the Philippines has been shaped in the last 45 years by exploring the life and times of activists, intellectuals and revolutionary leaders just prior and during Marcos’ martial law. Described by the filmmakers as an “accidental documentary,” the film includes rare in-depth interviews, recently surfaced archival footage, and clips from films on martial law.

The screening will be accompanied by discussion with the audience facilitated by Anakbayan New York together with Gabriela New York on the history of Marcos’ martial law, the National Democratic Movement, and our continued resistance against the looming dictatorship of the macho-fascist president of the Philippines Rodrigo Duterte.

This event is free and open to the public.

Special acknowledgement to Sari Dalena and Keith Sicat for making this screening possible.