Up Against the Wall Exhibition Opening at Booklyn

For almost fifteen years people have been marching in the streets, singing, chanting, insisting, “From Iraq to Palestine, Occupation is a Crime!”
Booklyn is pleased to announce Up Against the Wall, an exhibition of prints compiled from Imaging Apartheid and Celebrate People’s History: Iraq Veterans Against the War—two projects that highlight the work of overlapping struggles working from opposite ends of an international movement for peace and justice. Exhibited together, these works ask what are the bonds and burdens of solidarity that tie those at the heart of American militarism to those under its heel? And what are the possibilities for collective liberation when movements unite for justice and demilitarization?

The two projects that make up this exhibition were developed with their own intentions. Imaging Apartheid was created to support the Palestinian struggle for liberation and the Boycott, Divestment, Sanctions (BDS) movement by highlighting the pressing issue of Israeli Apartheid. Celebrate People’s History: Iraq Veterans Against the War was made to uplift U.S. service members’ and veterans’ efforts to end the occupations of Afghanistan and Iraq, and demilitarize American society. Presented together, these projects connect the impacts of militarism on diverse communities and point towards a common struggle.
Organized by Aaron Hughes, Daniel Drennan, Ethan Heitner, Jesse Purcell, Kevin Caplicki, and Stefan Christoff
Exhibition partners include Imaging Apartheid initiative, Iraq Veterans Against the War, and Justseeds Artists’ Cooperative.
Booklyn Art Gallery and this exhibition are made possible in part by the New York State Council on the Arts with the support of Governor Andrew Cuomo and the New York State Legislature and additionally in part by public funds from the New York City Department of Cultural Affairs, in partnership with the City Council.
Exhibition Runs:
Tuesday, Aug. 30, 2016 – Tuesday, Sep. 27, 2016
Web Page: http://booklyn.org/events/up-against-the-wall/
Facebook Event Page: https://www.facebook.com/events/1760659440861146/
Promotional design based on print by Jason Kuhrt. 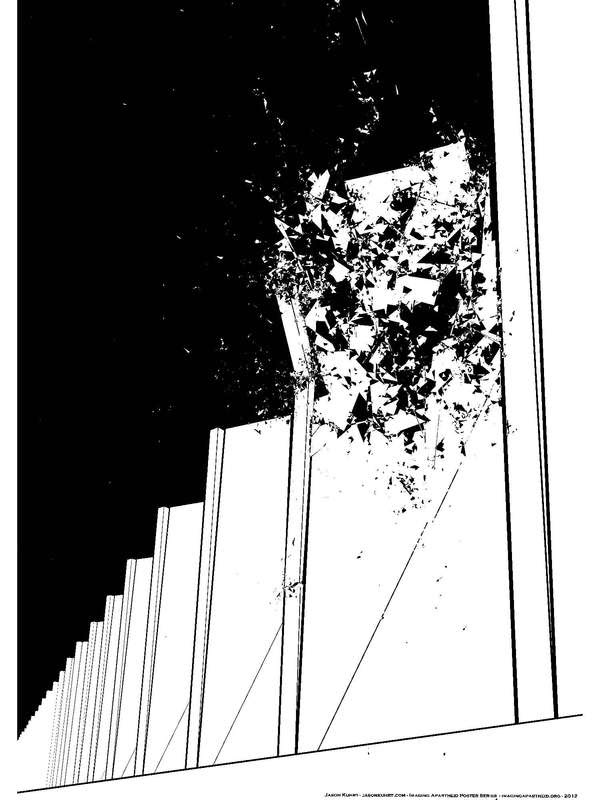