We are responsible for each other! A conversation about the Syrian refugee crisis 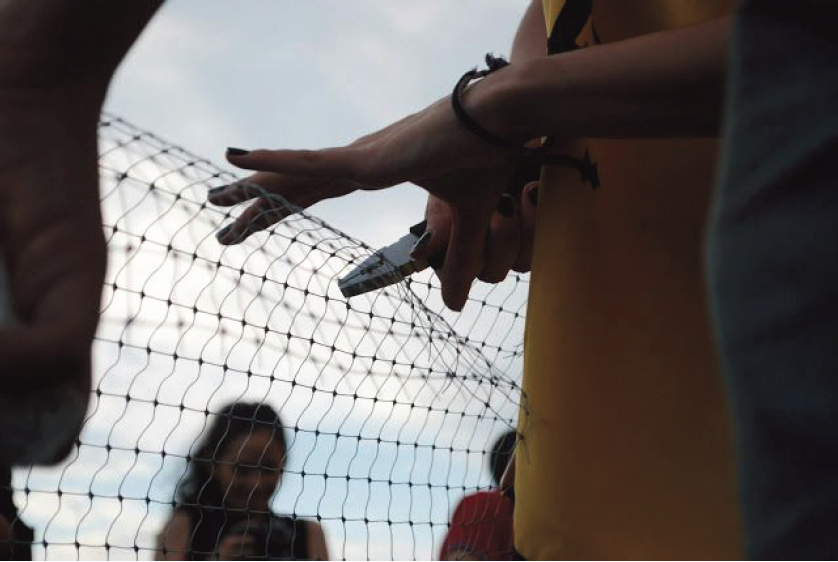 Wednesday, November 11, 2015
7–9pm
Join Budapest-based activist and photographer Gabriella Csoszó and Syrian-American community organizer Sarab Al-Jijakli in dialogue about the current refugee crisis. Csoszó will share recent work documenting the political opposition in Hungary and Al-Jijakli will discuss the unfolding developments abroad. Adèle Eisenstein moderates the conversation, focusing on the power of the image to instigate social change and our responsibility as artists, activists, and citizens to come together and search for solutions. This event is a collaboration between the Interference Archive and Triangle Arts Association.

Gabriella Csoszó lives and works in Budapest. Her work examines the history of the recent past, analyzing the role of radio and archives in democracy, as well as gradations in the communication of freedom and propaganda. As a photographer, she has been documenting important events of the Hungarian opposition since 2011. Her blog Free Doc (www.freedoc-gabriellacsoszo.blogspot.com) operates as an online photo archive. Csoszó is also the founder of a 15-yea-rold education program whose goal is to process social and political issues with photography and since 2013 she has been working with homeless activists in Budapest on a Photography and Activism course. Csoszó is currently an artist-in-residence at Triangle Arts Association in New York City through the support of the Visegrad Fund. www.gabriellacsoszo.com
Adèle Eisenstein is an independent curator, writer, editor, and translator. Originally from New York, following studies in psychology, film studies and the arts, she emigrated to Budapest in 1990, and returned to NY in 2014. She worked for the Balázs Béla Studio Budapest; Soros Center for Contemporary Arts—Budapest; C3: Center for Culture & Communication (1995–2005); was a founding editor of the art journal Praesens, and worked on the editorial board at the Museum of Fine Arts Budapest. Both within institutions and in alternative spaces, she has curated many shows in Hungary and other parts of Europe. She is former chair and board member of Amnesty International Hungary. www.refugeecrisisinhungary.wordpress.com
Sarab Al-Jijakli is a longtime Syrian-American community organizer based in NYC. He currently serves as the National President of the Network of Arab-American Professionals (NAAP) and is focused on empowering the Arab-American and Muslim community. As an outspoken community advocate, Sarab has led various solidarity efforts with the Syrian revolution, co-founding the National Alliance for Syria (NAFS) and participating in numerous political and humanitarian campaigns. Sarab has been a guest speaker for various universities, think-tanks, NGOs and has appeared on MSNBC, CNN, Al-Jazeera, and other news outlets, addressing issues relating to the Arab-American and Muslim-American community as well unfolding developments in Syria. www.sarabiany.com
Triangle Arts Association is a NYC based nonprofit arts organization founded in 1982 to support international and U.S. artists. Triangle’s core initiatives: Residencies, Workshops and Public Programs are centered on dialogue, experimentation and the creation of community around art. www.triangle-arts-association.org
Image: Gabriella Csoszó, A Demonstration Against the Wall on the Serbian Border, Budapest, July 15, 2015.