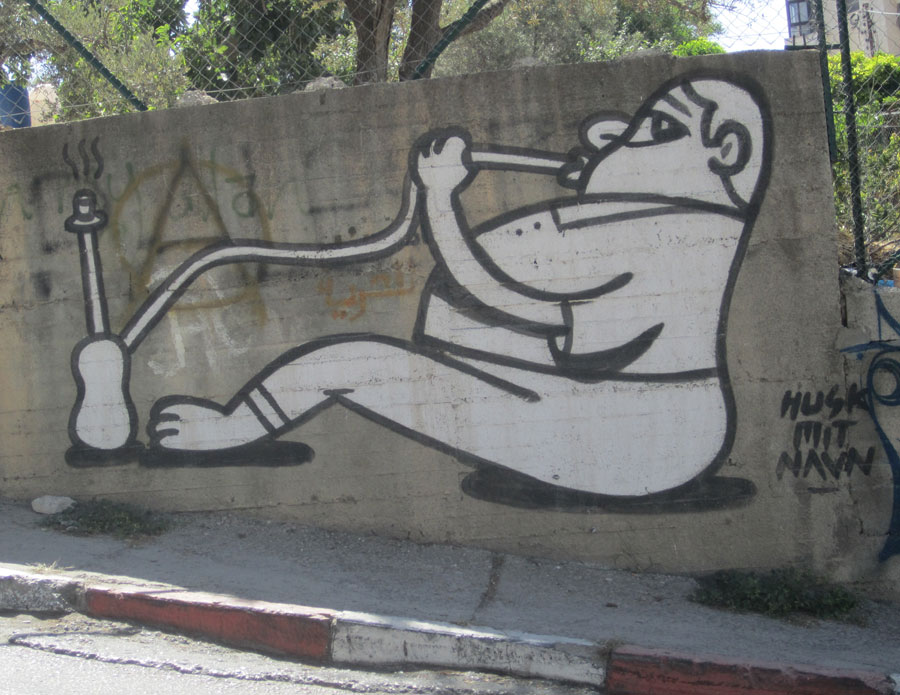 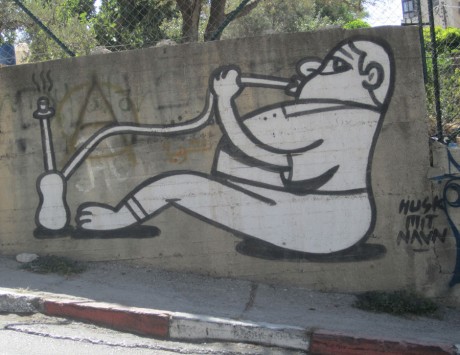 While almost all the graffiti across Palestine is either directly political (exhortations from one political party or another) or utilitarian (so and so street, Mohammad’s shoe shop, etc.), in Ramallah there is a burgeoning “street art” scene. There is emerging a form of graffiti much more familiar to the West, individual artists signing their work, and depicting non-political subjects, if still with a distinctly Arab or Palestinian bent. This seems a clear sign of the internationalism (and Neoliberalism) of Ramallah. While I suspect some would prefer to keep the streets and walls open for political messaging, it might be too late for that—street art, like all of the banks and condo construction, is a clear sign post of a city no longer controlled by its citizens, but the whims and fashions of global capital.