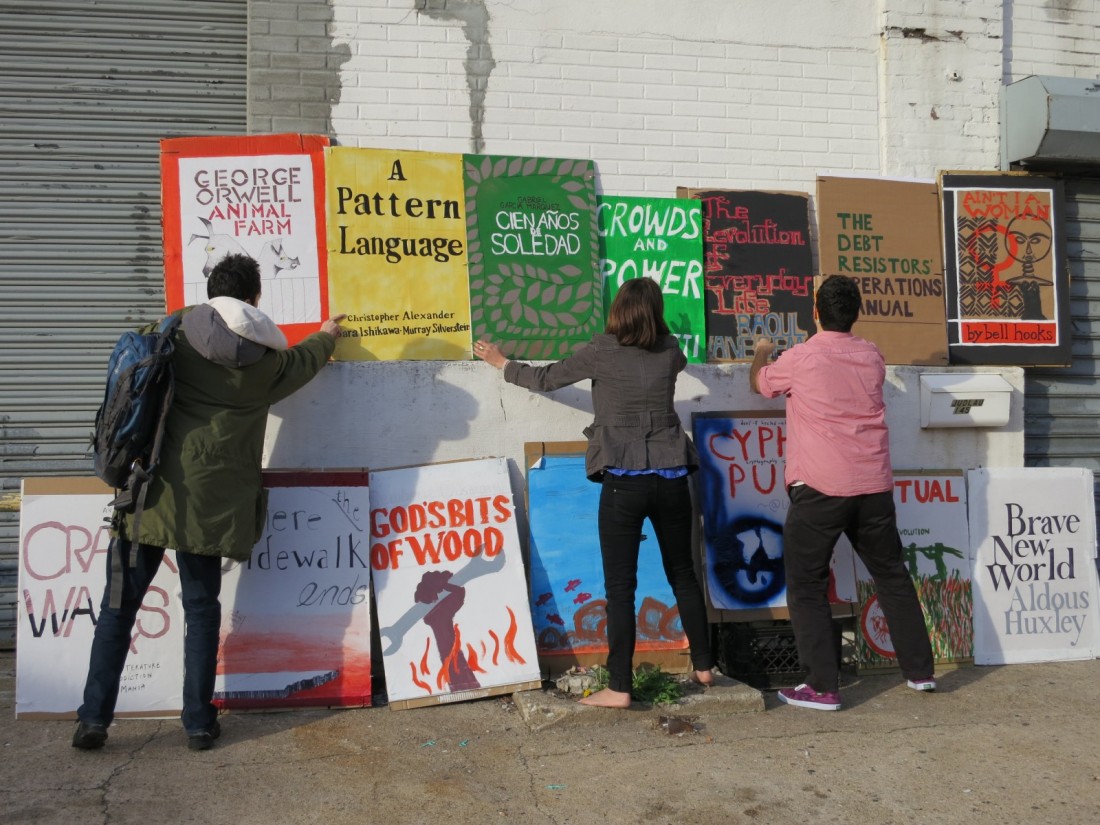 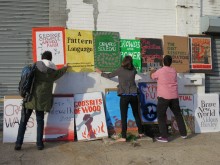 We are taking a different approach than traditional archives by encouraging people to tell their own stories through participating directly in archival work. This philosophy is also reflected in the kinds of programming we do with exhibitions, talks, films screenings, and workshops, and by inviting movement groups to make use of our space and resources.  Our current exhibit, This is an Emergency!, features a project organized by activist/printmaker Meredith Stern.  It was created in response to the continuous attacks on reproductive rights and gender justice, bringing together the voices of those most affected by these issues— women, queer identified, and transgender folks, through a portfolio of prints created by 17 artists, and a zine of interviews with mentor activists.
To contextualize this project, we have displayed materials from our collection such as pamphlets from the 1970′s women’s health movement, and zines on reproductive health from the 90′s riot grrrl movement.  Hallie Boas from Rise Up/Levantas Texas presented on direct action tactics the group used to combat the passage of draconian anti-women bills in the Texas legislature.  We have an event planned with health practitioners and activists to discuss reproductive justice for those marginalized in the “pro-choice” framework including incarcerated women, trans and gender non-conforming folks, drug users, and sex workers.  We’ll also be hosting a talk with filmmakers/activists doing a project about Marsha P. Johnson, who was a beloved NYC-based transgender activist. These activities animate our collective radical histories and celebrate current work of people mobilizing for social transformation.