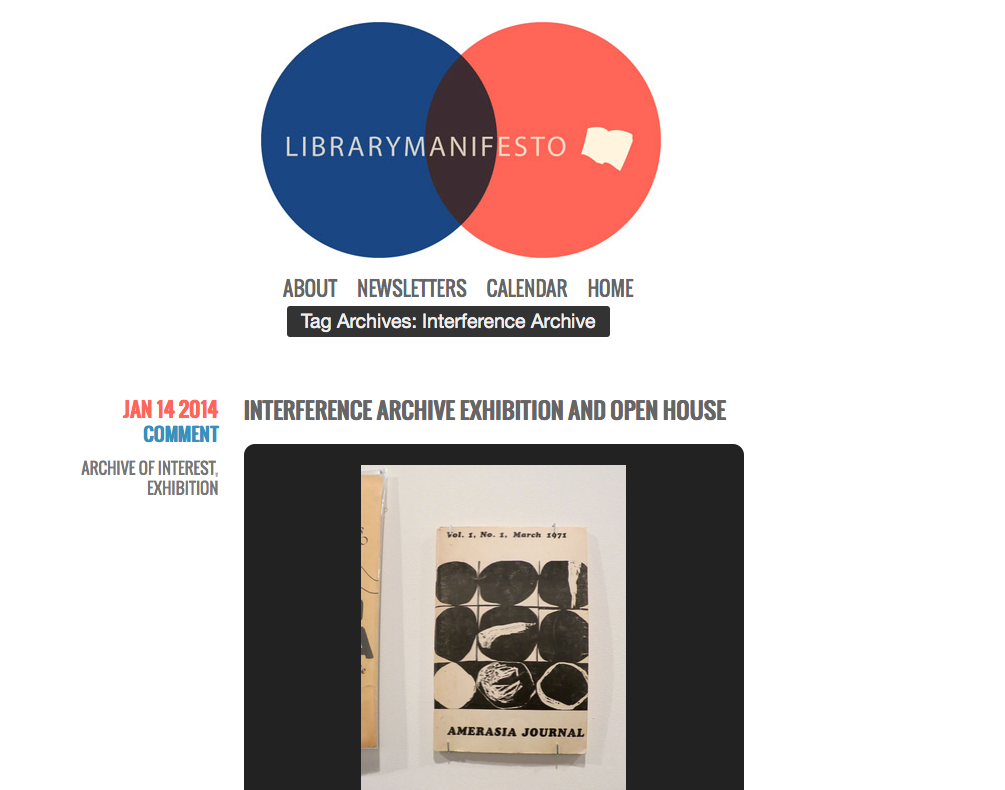 On a mild night this past December, the Interference Archive hosted an open house for their exhibition “Serve The People: The Asian American Movement in New York.”

The late ‘60s to early ‘80s were critical time in Asian-American history, when Asian-Americans were developing a new political and cultural identity. Bay Area activism had sent waves to New York City, empowering Asian-American activists there to take a stand on issues of labor, war, and police brutality.

On display are photographs of street demonstrations and strikes, albums of protest music, and activist posters and journals. Journals like “Bridge: Asian American Perspective” and “Amerasia Journal,” started by Yale students in the early ‘70s, proliferated artistic work and political commentary to a wider audience. Visitors are able to see one of Interference Archive’s newest acquisitions, the prints and music of Yellow Pearl, a band that released an album of folk music about the Asian-American experience in 1973.

Activists don’t always think about saving papers. Interference Archive in New York City aims to preserve the history of activism by being both an activist hub and an archive. The archive consists of ephemera and documents created by participants in different social movements.

“Serve The People: The Asian American Movement in New York” is on exhibit until February 23rd.