[POSTPONED] No More: Challenging State Violence From Mexico to NYC 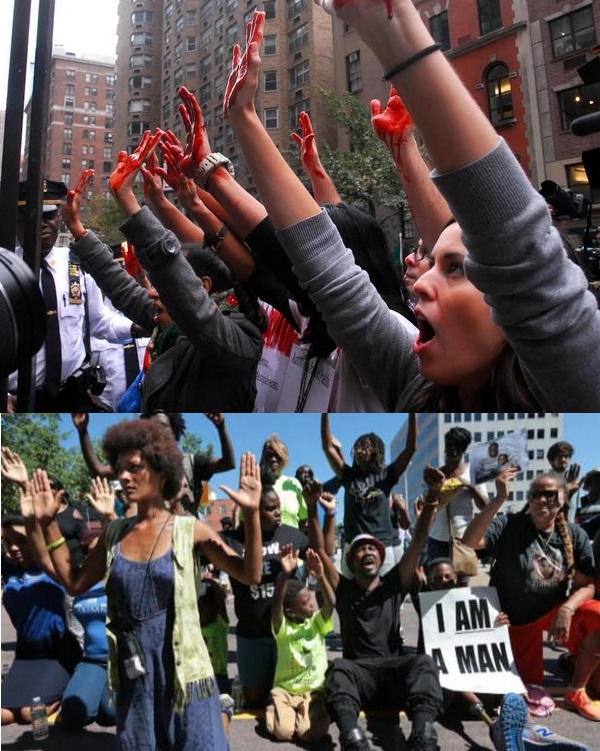 Due to the blizzard this event will be rescheduled for a date TBD.

After decades of expanding police power and neoliberal policies, the last few years have brought about unprecedented organized responses to state violence. Organizing against the criminalization and legalized killing of Black people in the U.S., catalyzed by the 2012 murder of Trayvon Martin, and around the 43 students disappeared on their way to their college in Ayotzinapa, Mexico, in September, 2014, has engendered mobilizations in both countries that have surpassed most moments of popular resistance in recent history.
On January 27th, Interference Archive hosts a report-back and discussion with people who have been organizing in New York City and Guerrero to discuss where the movements find commonality and difference, as well as the role of gender, hashtags, and drug war. With Melissa Forbis, visiting researcher at Universidad Autónoma Metropolitana-Xochimilco, Mexico City; Cherrell Brown, Community Organizer with Justice League, NYC; and Asha Ransby-Sporn, Co-Chair of Black Youth Project 100, NYC.
(Photos by Humberto Arellano for El Diario/@CBCTheNational)