“We knew it was illegal, and we knew the FCC would probably come after us at some point, and they did.”

This episode focuses on two New York pirate radio stations–Steal This Radio and WBAD–both of which were active in the 1990s. We interview Arrow Chrome, one of the founders of Steal This Radio, a pirate station that grew out of a Lower East Side community of squatters and activists. The episode also includes some audio from an event at Interference Archive featuring David Goren, creator of the Brooklyn Pirate Radio Sound Map, and DJ Cintronics, the founder of the unlicensed hip hop station WBAD, which became known for playing music you couldn’t hear on mainstream hip hop radio.
Two New York Times articles on Steal This Radio from the 1990s: “Neighborhood Report: FM Mouse Roars at FCC” and “Pirate Radio in Touch with the Village, not the FCC.”
DJ Arrow Chrome
More about Charas El Bohio on Placematters, and an article about co-founder Carlos “Chino” Garcia.
Dj Cintronics on facebook and mixcloud.
David Goren’s audio documentary on WBAD, “Outlaws of the Airwaves: The Rise of Pirate Radio Station WBAD.”
Brooklyn Pirate Radio Sound Map
Music: “Version City Lady” by Rocker T and the Version City Rockers, a recording made at a benefit show for Steal This Radio in 1998.
Produced by Interference Archive. 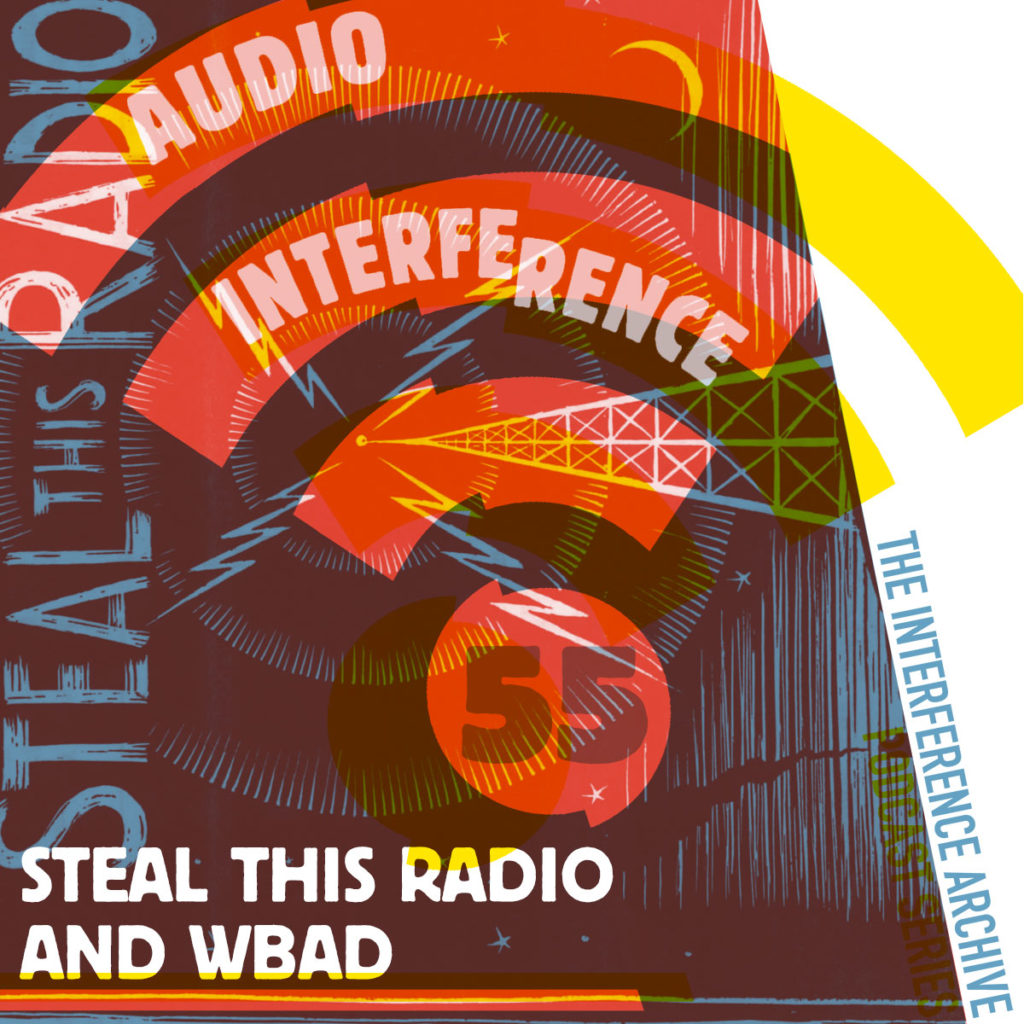