“I remember walking home from that huge protest and feeling this sense of huge hope in the air…And it was just really exciting and it felt like things actually could change.”
–Becca Shaw Glazer

In this episode, we speak with activists who participated in protests against the World Trade Organization in the 1990s and 2000s. The 1999 Seattle protest against the WTO is often seen as the beginning of a worldwide anti-globalization movement and the Indymedia movement. About 40,000 people took to the streets to express their dissent, and protestors successfully blocked delegates from entering the convention center, delaying the meeting. The protests became known as “The Battle of Seattle” because of the police violence that ensued in response. We focus on the protests that took place in Seattle, and then share an interview with someone who participated in WTO protests in Cancun, one of the protests that took place globally as a result.
A huge thank you to our interviewees for speaking with us for this episode: Becca Shaw Glaser, Danielle Chynoweth, Mark Enslin, and Celeste. Many of these people were involved in founding the Independent Media Center in Urbana, IL and the radio station WRFU, and became connected to Interference Archive when they began airing episodes of this podcast.
Archival materials used in this episode include:
Democracy Now, 12.2.1999 Broadcast, Drum Circle from WTO Protest in Seattle and interviews with activists
Democracy Now, 12.3.1999 Broadcast, Activists chanting and interviews with activists
Democracy Now, 12.6.1999 Broadcast, WTO Talks Collapse
Courtesy of Celeste, who was working with pirate radio and independent media at the time, we have been able to include recordings of the 2003 WTO protest in Cancun, including an interview with the Beehive Collective and with Celeste herself. You can also listen to these recordings at Interference Archive.
To learn more about the Battle of Seattle, and international WTO protests:
60 Minute reporting of Seattle protests
Britannica
CNN: “Curfew in effect as Seattle struggles to control WTO protests”
“State of Emergency in Seattle”
“Seattle WTO Uprising Still a Force in World Events, 15 Years Later”
“WTO Meeting and Protests in Seattle (1999)”
“20 Years of the WTO: A Story of Poverty and Protest”
You can also visit the archive for print materials related to these protests.
To learn more about Lee Kyung Hae and his leadership among the activist and farming communities, you can read these articles at The Guardian, La Via Campesina, or the New York Times.
Produced by Interference Archive. 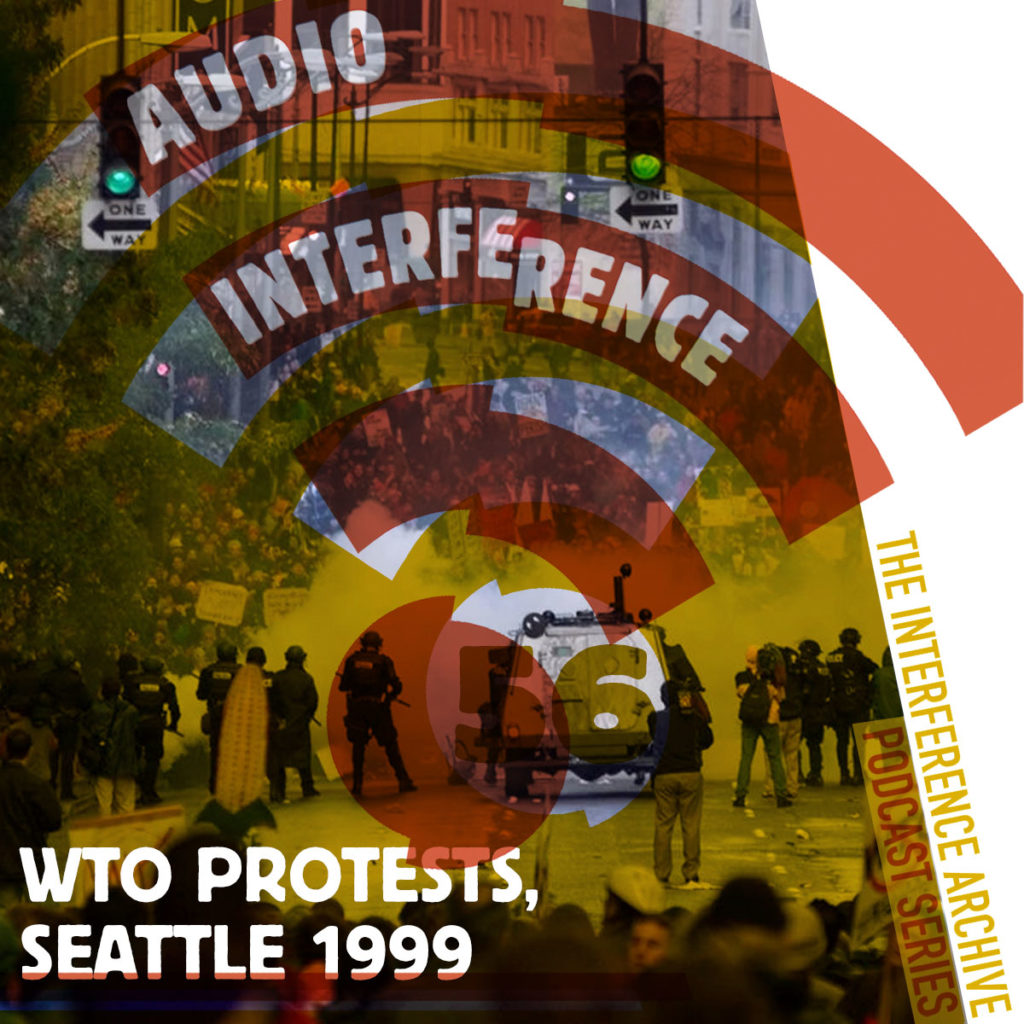